Adds (or updates) various parts that I wish MakingHistory had included, but didn't.

See the gallery below for a full list of available parts from this mod.

I love all the new parts in Making History, and all the new design options they open up when I'm building my ships.

However... it just feels like there are a few "holes" where I wish they'd added a bit more. The 1.875m tanks all have a new look, and the 2.5m tanks got reskinned to match... but the 1.25m tanks still have the old textures and look kind of dingy in comparison. Similarly, the new engines are cool, but they have a very different style from the old stock engines, and the contrast can be a bit jarring-- and I'd love to have some new design options at the 1.25m size. It's great to have 1.875m available as a new stack size... except that other than engines and tanks, it's missing pretty much any other stack components, making it a bit awkward to use as anything other than a radial booster. And the lack of a fueled conical adapter from 2.5m to 3.75m is just aggravating to me.

Anyway, this little mod is my attempt to fill some of those gaps. Would love for this to become obsolete if-and-when they release some "real" parts to address these needs, but until then, I'll make do with this.

Additional optional configs, which you can install if you want them, are in a separate "Optional" folder within the zip file. See below for details.

Kindly provided by steedcrugeon! A 1.875m command pod, with similar stats to Making History's Mk2 command pod... but whose top diameter is 1.25m rather than 0.625m. Design is suitable either for flight operations or as a lander. 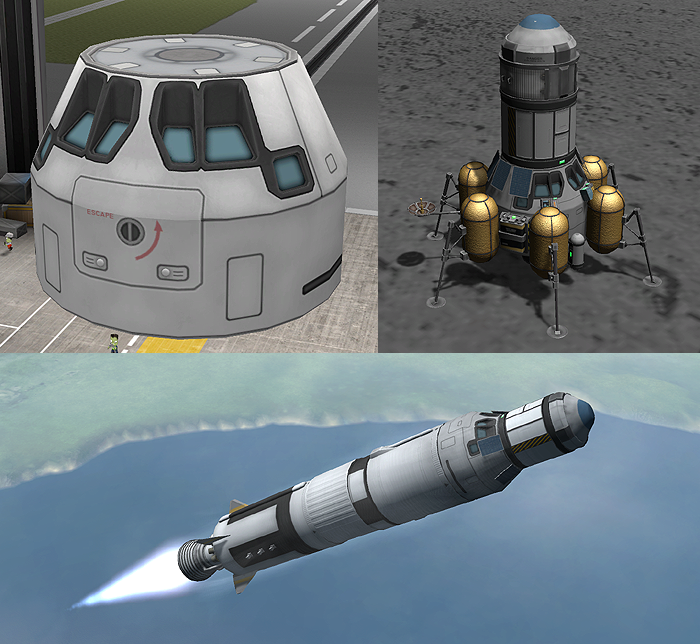 Note: The pod is fully playable, but does not yet have its own custom IVA. As a stopgap, it re-uses the Mk2 pod's IVA, which is playable. (If you don't have Making History installed, the pod is still playable but won't have an IVA.) 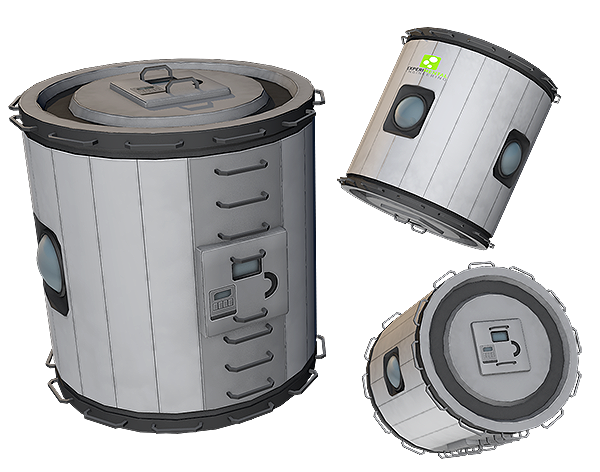 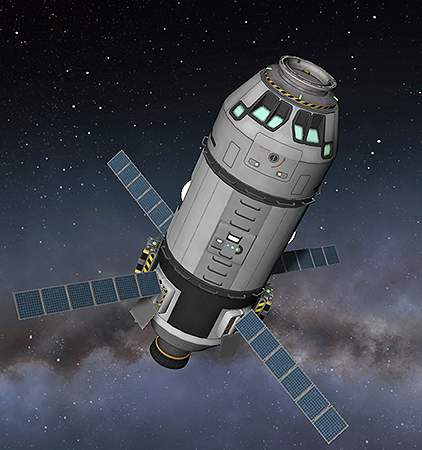 Note: The cabin is fully playable, but does not yet have its own custom IVA. As a stopgap, it re-uses the Hitchhiker's IVA. (So don't be surprised when you see an additional, empty seat in there.)

Not new models; these are just standard 1.25m parts that I've tweaked via ModuleManager config.

Here they are, with a Palici command pod for comparison: 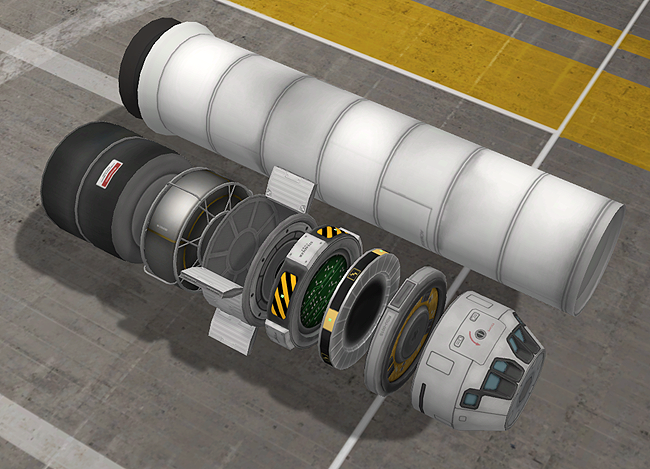 Note that the battery and reaction wheel are equipped with config to support IndicatorLights, if it happens to be installed.

New models for some 1.25m engines:

In addition, two new engines are added: the Pug (a "half-Terrier" in terms of thrust and mass) and the Valiant (a "half-Swivel").

Introducing 0.625m and 1.875m nuclear engines, for all your interplanetary needs: Models and textures taken from Porkjet's excellent mod Atomic Age, which has, alas, been defunct for many KSP versions. I've tweaked and rebalanced the engine config to suit my tastes.

Many thanks to JadeOfMaar for kindly creating new rocket plumes for the two engines!

Note: If you're using these new engines, you'll likely be wanting some liquid-fuel-only tanks to go with them. SimpleFuelSwitch is one way to solve that problem.

A separate folder named "Optional" in the zip file provides additional configs that you can install if you want them. These are tweaks to "standard" Making History parts to address certain... peculiarities.

Since these tweaks are changes to the base parts, they can affect compatibility if you share .craft files with others, which is why they're provided here as optional components.

Currently, the only tweak included is a fix for the Cheetah, so that its bottom attachment node isn't dangling down in space practically half a meter below the bottom of the engine (it just bugged me, okay?) Other tweaks may be added in the future.

DEPRECATED, DO NOT USE. This version introduces a bug that breaks JX2Antenna parts and others. Use 1.3.2 instead.