Old rocket parts from the dawn of the rocket age, back during kerbals Komplete Konflict II. Wernher von Kerben's legacy. Old Aggregate rockets including those that were never built. For Kerbal Space Program.
Download (53.56 MiB)

Old rocket parts from the dawn of the rocket age, back during kerbals Komplete Konflict II. Wernher von Kerben's legacy. Old Aggregate rockets including those that were never built. For Kerbal Space Program.

adopted with express permission and brought to you by KerbSimpleCo Over on my thread for the Nexus release, someone asked about the German A-12 orbiter rocket. It was never built, but was a fairly well sketched out idea.

I thought I'd "give it a go", but first I thought I'd check for the existing examples of V-2's and so on. But they don't seem to exist. For a game that recreates the slow progress of developing rockets, it seems to be missing. Especially seeing you're introduced to things but Werner von Kerman. Presumably the whole game takes place after Komplete Konflict II.

What's available is a V-2 (Vengence weapon 2) aka A-4 (Aggregate rocket 4). Two nose cones, the V-2 nose with explodyness, and a heat shield enabled nose cone, which is totally a-historical but also useful.

Also, some parts are available to build the A-4b (wings!), the A-9 (useless but cool looking wings and a cockpit) and the basics of the A-10 (booster stage). Plus "artist's impression" of A-11 and A-12, seeing as that's about as detailed as those designs got.

At some point I built a 3d model for the A-6 Redstone rocket which is partly derivative of the A-4, made-in-the-USA, and actually flew. FASA is a bit limbo, and users using the aggregate mod for progression would naturally look at bridging engines, so I added a basic A-6 Redstone to this mod. It has surprisingly low payload capability, so I need to double check my figures, but maybe it was just less horribly over-engineered than the aggregates. And using real world values to try to lift KSP components is fraught with dangerous thrust to weight ratios. 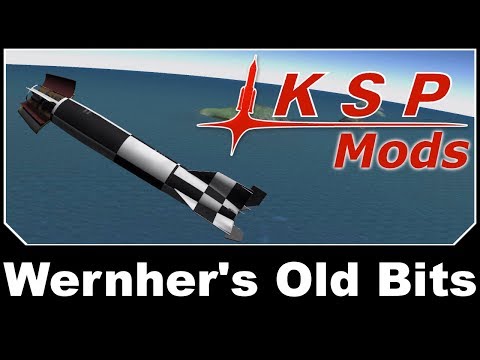 HELP WANTED - See the README in the Localization folder or the Quickstart Guide for instructions for adding or improving translations. GitHub push is the best way to contribute. Additions and corrections welcome!

Use CurseForge/OverWolf App (currently does not install dependencies)

I take no part, nor am I interested in maintaining the CKAN mod metadata for my mods. CKAN is a great mod for those that can't use zip tools. If you are having issues please let the CKAN people know and refer to the CKAN thread. My support of CKAN extends as far as me checking the checkbox in Spacedock when I upload. Beware, CKAN can really mess up though it tries very, very, very hard not to.

Credits and Special Thanks

DONATIONS: How to support this and other great mods by zer0Kerbal

Completely voluntary, absolutely amazing, and really does help me out a lot! quote from 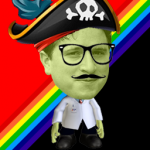 and it is true.

Track progress: issues here and projects here along with The Short List

This is the first in a series of updates to this addon. Each (pre)release will update some of the parts and patches so this addon can be updated in a more manageable way.

ghostparts.cfg has been temporarily added to this addon to compensate for parts that were renamed.

This Release has been reduced by 0.86mb by removing duplicate files.

Starhelperdude helpfully noticed the releases were a bit odd, turns out I'd forgotten to release any of the updates I'd been working on. This I think is the complete revamp of all the Aggregate-4 oddities. So the wings, the ramjet and the self-cremation-unit (aka cockpit). I blame the cockpit. I got bogged down doing the IVA. New optional dependency of RPM core for nice happy looking cockpit.

Cleaned up the rather randomized pricing.

Removed old model files that interfered with the surface parachute. Untested because I noticed just before going to work and fixed it while on the bus. Not even sure if I changed the zip file to be honest.

Finally got around to fixing the RCS on the A-10 wing. Which is a feature I'm not even sure was planned, but seemed suggested by some of the diagrams. Tested in 1.5.1, should work fine in 1.4+ A-11 and A-12 still somewhat dependent on KJR, esp the 12. But, the "stock effect" of it having spontaneous unplanned disassembly on the launch pad probably isn't too far from what would really happen. Plus major part revamps, now includes A2-A5

Switching from bzip2 to deflate method for zip file

Made all the main parts as start (some were erroneously in weird tech nodes). Fixed a few descriptions and titles. Moved decouplers to coupling category (only one major version late).

Updated config for manufacturer for 1.3

Major update for Realism Overhaul config. Rework of the A-12 fuel tank to add volume so it can take enough fuel to enable the multistage A-12 to get something into orbit. I split the A-10 engine into the standard and a variant without vectoring vanes. With the A-12's 50 A-10 engines, there's just no need for all the engines to gimbal. Feel free to mix and match or just ignore the new engine. I'm still working on the ramjet, it's not really working properly just yet. It should basically function if you're running RO without AJE. But I need more time tweaking the AJE config.

Added the fins for the A-11 and A-12 plus decouplers suited to the various stages.
A bit more work on the meshes for the various bits and pieces.
Added A-4b style fins for the A-4.
Added A-6 ramjet.
Fixed up A-4 nose chute, and re-used the chute to make a surface attachable chute for stage recovery.

None of the new parts have Real-Fuel or RSS config, so basically this update is stock only.

Added in the A-10 and some A-4 variants (A-4b, A-6, A-9) including the manned A-4/9 cockpit.
Resized the non-RSS versions to 64% rather than 50% on advice from NathanKell.
Significantly fixed up most of the centres, mass, lift, and drag.

Added first stage of the Redstone A-6 NAA-75-110 as four parts. Fuel tank; should be self explanatory Engine; again, fairly obvious Engine Shroud; This connects over the engine. I kept this independent of the engine as with it, the engine is basically a cylinder, which is boring as. Fins; There's four of these on a historical Redstone rocket, and stack nodes let you attach four easily enough. The fins are also surface attachable, for any other fin needs you might have. They include the visual mesh for the control vanes that are more correctly part of the engine, but on the actual A-6 and A-7s was part of the fin mechanism. There's no animation for the vanes, but once the engine's running, you can't really see them anyway. BUT, the engine's thrust is actually split into 8, 4 of which correspond to a control vane and are "gimballed". The other four are central. This way, some (half) of the thrust is gimballed and the other half isn't. And, by gimballing four points radially around the centre, gimballing can actually rotate, something normal gimballed engines can't do. On the other hand, they stuck carbon vanes into the exhaust to achieve this, so it comes at the cost of less thrust, and fairly silly gimballing. At some stage, I'll convert the A-4 to use this system of multi-gimbal, multi-thrust as well.

Updated and fixed the A-10 engine, specifically because I noticed it was overwriting A-4 engine details if community resource pack was installed, but RealFuels wasn't. Engine is also my updated mesh and so on. Also, logo for EMW changed to proto VonBraun logo interruptus