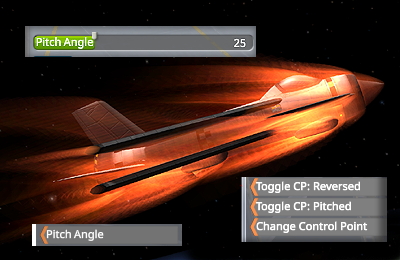 KSP 1.6 introduces a new feature that allows a "command" part (such as a crew pod or probe core) to support multiple control points (e.g. "forward", "reverse"), which the player can select either in flight or in the vehicle editor.

That's a powerful and useful tool... but it stops just short of what I'd like to have. In particular, the stock game doesn't provide any way to select among those control points using action groups. Also... I've long wanted the ability for SAS to hold a "slightly nose-up" attitude during reentry (i.e. the way spaceplanes usually do), meaning I'd love to have a pitched control point-- with the ability to vary the pitch as desired.

Well, this mod closes that gap. 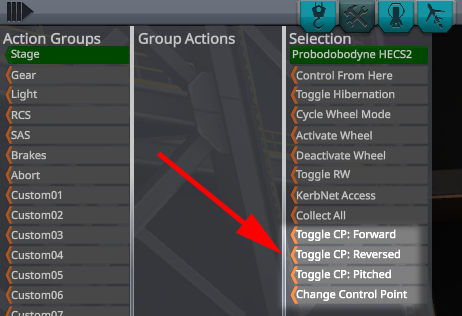 This mod makes several new actions available in the vehicle editor, which you can assign to action groups as you please.

KSP 1.7.1 adds a new feature called "axis groups", which work similarly to action groups but allows binding control axes to part actions. AttitudeAdjuster 1.1 adds an axis group binding for "Pitch Angle" so that you can set up your craft to allow using keyboard bindings (e.g. the I and J keys, if you use the "Translate U/D" axis, to take one example). 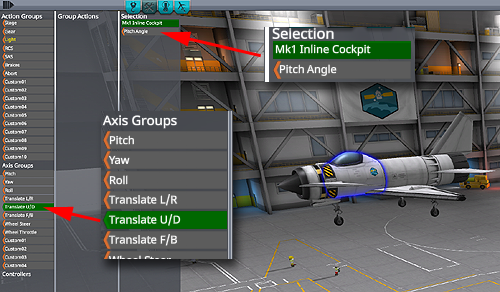 This mod adds a new control point, "Pitched", to certain parts in the stock game. It's accessible both in the vehicle editor and in flight. 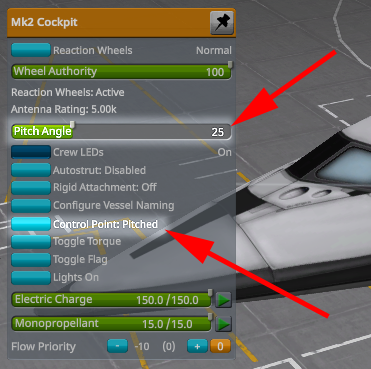 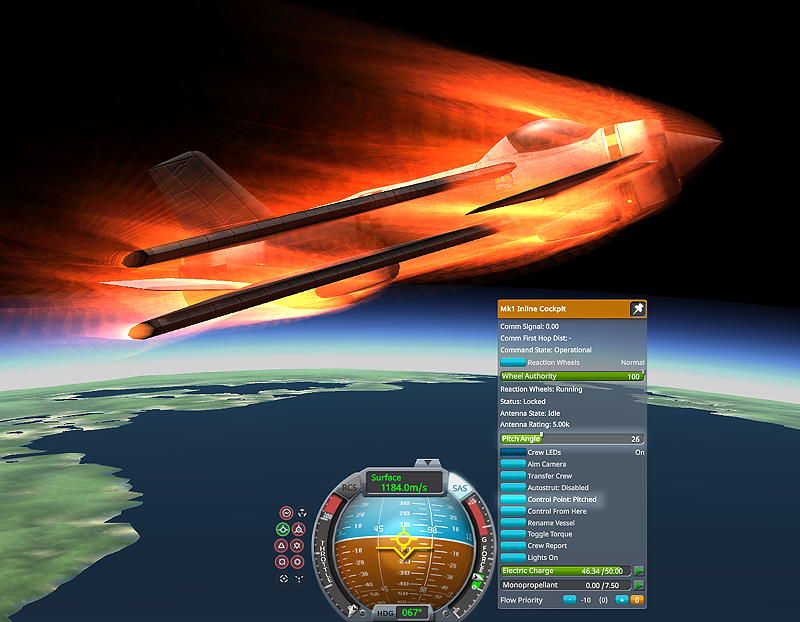 The "pitched" control point is pointed in the part's

direction... but rotated downward by a few degrees (25 degrees, by default). That way, if you want to do a "nose up" spaceplane-style reentry, all you have to do is to select the "Pitched" control point, and tell SAS to hold

, and your craft will do exactly what you want. But that's not the clever bit.

The clever bit is that the pitch angle is user-adjustable. Whenever the "Pitched" control point is the currently selected one, either in the editor or in flight, then a "Pitch Angle" control will appear on the right-click menu (see above screenshots). This is a slider control that lets you pick any angle you like, from zero up to 90 degrees.

Currently, the following parts have a "Pitched" control point added to them:

I've deliberately not added it to the various "rocket" command pods (such as the Mk1, etc.), just to avoid clutter. However, if you'd prefer to add it there, too (or remove it from one of the places I've added it), that's easy to do-- see the "Extending / customizing" section, below.

All of the new functionality is added and configured via ModuleManager-- which means It's flexible.

If there's some aspect of how I've set things up that you don't like, it's easy for you to tweak just by adding your own ModuleManager config.

Examples of how the mod can be customized via config:

In the interest of avoiding clutter, I won't go into all the technical details here, but you should be able to work it out from looking at the config files. Feel free to ask me if you have any questions!