Installation: put the files contained inside the .zip file into Documents/Paradox Interactive/Stellaris/mod 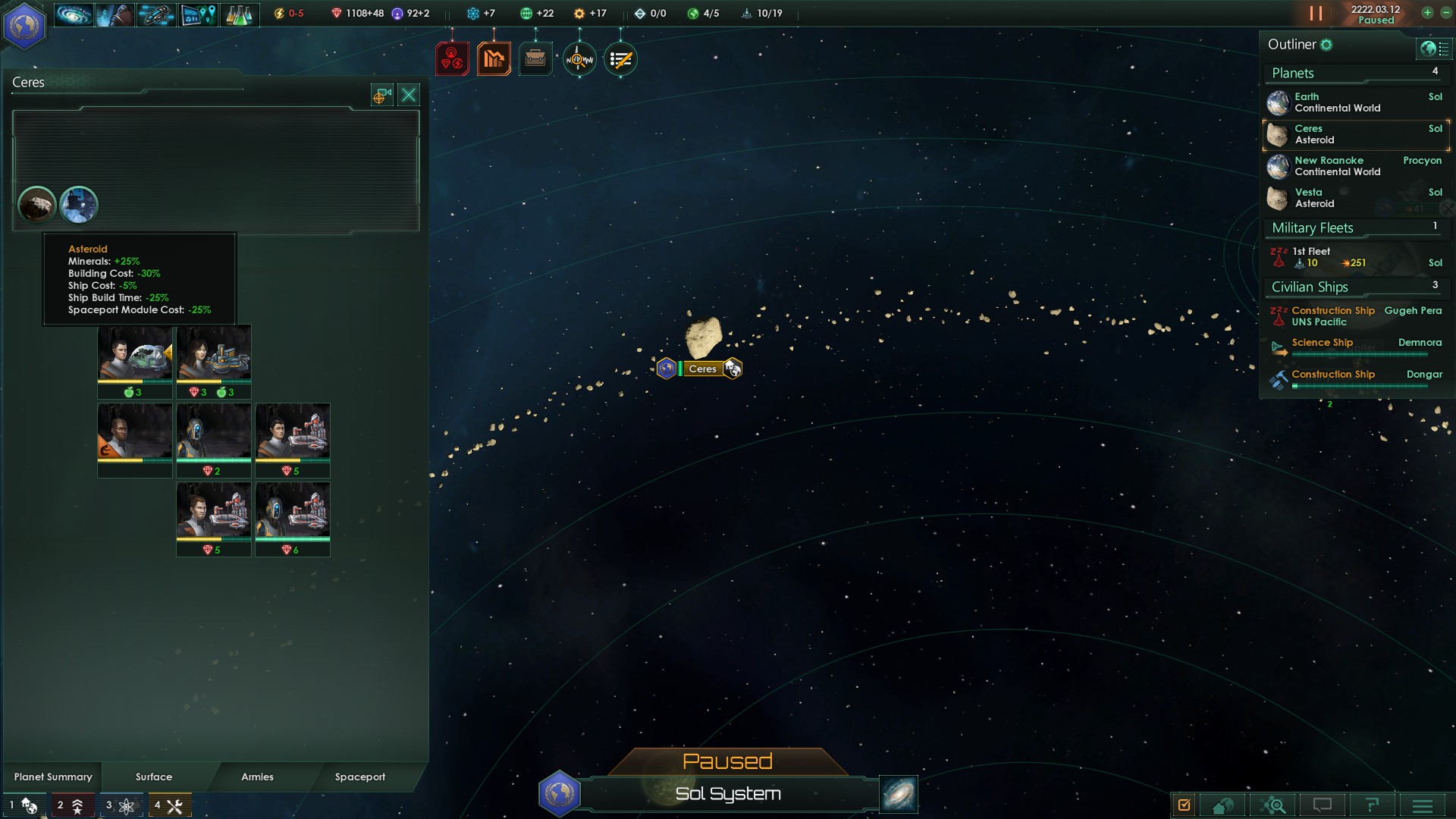 Purpose: Add a classical sci-fi idea, that also makes sense from a sci-fi economical point of view: the mining of asteroids and all its related themes.

I developed this mod heavily inspired by the Expanse books and an assidious reading of Atomic Rockets.

Stats for The Belt