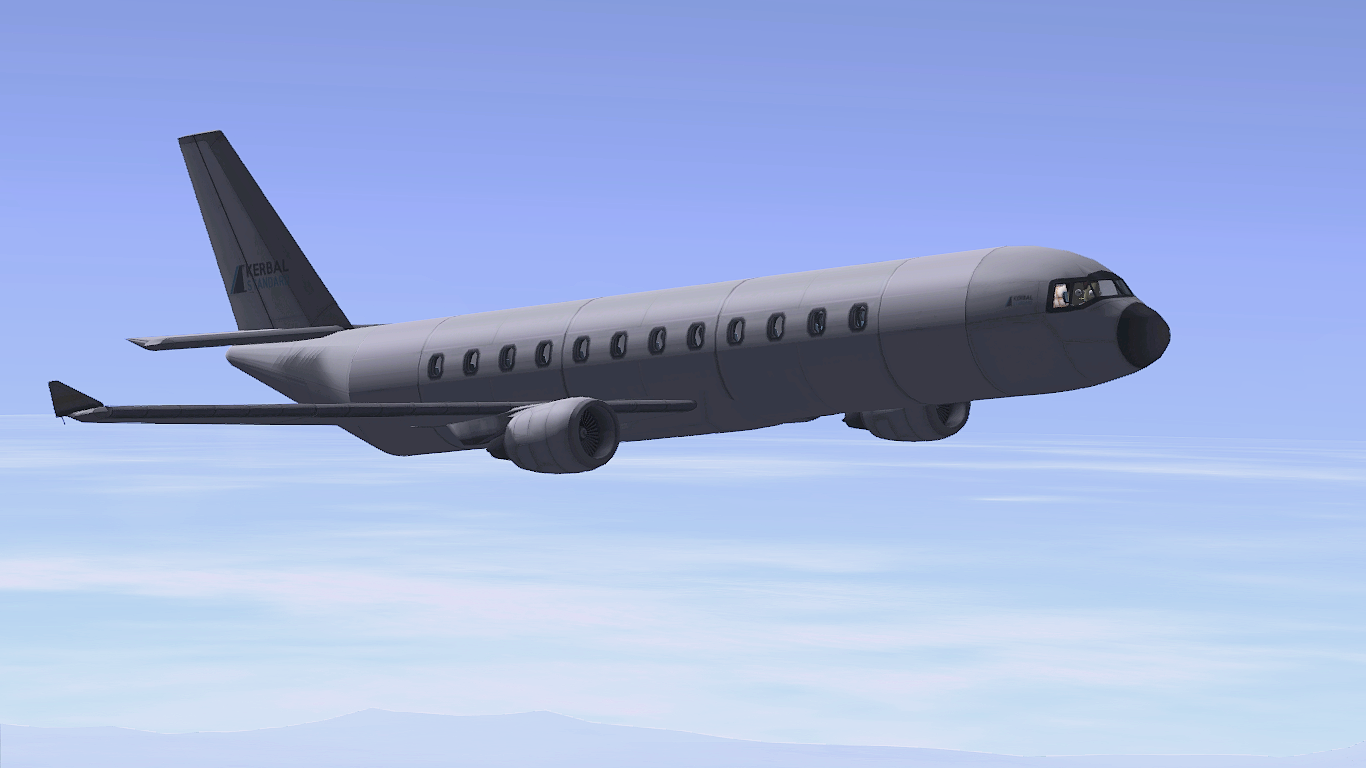 The latest information, craft files, and pictures are in the forums

If you have time, please take the poll on what part to be added next:

Adds a collection plane parts which came from different timelines.. All of which are in the image album. Feel free to take a look. If you think that there are too many parts, consult the part deleter's guide in the zip.

Most engine performance configurations made possible with the help of Tanner Rawlings. Copy the GameData folder into your root folder.

*I do not own these mods, I merely packed them in for Airplane Plus to be functional and avoid linking for downloads of dependencies. Big thanks to their Authors.

DDS conversion of some of the files to DXT5 (klgraham1013)

Added tags on a few engines

*Last 3 variants will include Mk3 version of the first 3

Fixed issue where Kerbal Standard has a missing title

Fixed some landing gears having omitted aerodynamic changes when deployed/undeployed

Added MK3S1 Cockpit based on Cessna 152 and Best off Skyranger

Added Mk3S1 Adjustable Ramp Intake, a based off the stock one

Added Pontoon and Pontoon-Mk3S options for*

Modified some landing gear values (some still bouncy, mostly not my fault)

Added Size 1.5 Cockpit based on the CRJ series

Added MK3S1.5 Viewer's Cockpit based on the UH-1 Iroquois/Huey

Changed some of the hollow parts' drag cubes thanks to neistridlar

Fixed cockpits spawning as "Ships" instead of "Planes"

Power of prop engines have been increased/decreased accordingly

Balanced the amount of weight Release 20 landing gears can handle

Fixed Short Tail Connector Size 2A having no collider (Citizen247)

Added Size 2 Viewer's Cockpit II based on B-29 Superfortress

Added Short Tail Connector Size 2A and 2B, also connecting textures with Size 2

Further improvements in sound for some helicopter rotors

Added Structural Fuselage Offset for Mk1 Bulkhead, can be used to slant body in 5 degree increments.

Adjusted all sounds from "defeaningly loud" to "just about stock volume"

Improved engine sounds for all rotorwings

Fixed file not found exception due to bad error

Revised the way all helicopter rotors work, now with hovering (not for use with tandem rotors)*

Revised most of the IVAs other than Size 2 cockpits that isn't Viewer's as well as Mk3 (includes click-able IVA props, working instrument display)

Added Mk1 Inline Stabilizer for use with stabilizing VTOL aircrafts

*Revision will likely break the way it worked before, thrust reversals are removed, the functions are changed, etc.

*can be attached and clipped halfway radially and be used as a creative razorback.

**sized 2.5m set for cargo management, like Mk3, but fits with existing parts

Fixed issue where Tiger engine was hard to select

Node added for the Half Mk2 Adapter for reasons unknown, it's now possible to add a boom behind the cockpit

Weight variations are now a thing in early engines, paired with the smoother curves and performance changes mentioned

Added Nosecone Mk1 also based on the F-22 Raptor (qromodynmc)

Modified Size 2 Commercial Cockpit mesh to have a better nose

Fixed a misplaced CoL on a wing segment

Fixed Size 2 Non-commercial cockpit to have only one crew

Fixed wrong mirror on Elevon 2B (WARNING: You will need to remake crafts with this or it will be rotated in the wrong direction for existing crafts)

*No clickable cameras on IVA yet

**A reminder that due to big kerbal colliders, they won't be able to EVA with only Passenger Door. Extend with a Junior Structural Fuselage to avoid blockage

**AirplanePlus hatches are box, not capsules. It won't fit on Mk1 Passenger Door for now due to a bigger collider. Even with Junior or Full Structural Fuselage

Added Elevon 2B, a bigger straight elevon compared to the default one

Added alternative camera view for all existing cockpits, as well as new ones

Rebranded all parts to Kerbal Standard, all AP+ can now be found in one manufacturer tab

Added MK1 Non-Commercial Cockpit based on F-18 Hornet (No hatch yet, forgot)

Increased a bit of stationary thrust for all engines.

Added WMB VI "Vortex" Engine based on Heinkel He 51

Added "Ascender" variant to the MeshSwitch variants of K1710, a pusher design*

Added "Saab 21" variant as a MeshSwitch variant of KB 601, a pusher design*

Added 8A "Spud" Engine based on SPAD S.VII

Made for better tech tree support especially for early flight

Gave propeller and sound better synchronization on most engines

Added a variant to the K1710 "Whirlwind" Engine;

Fixed the "Kraken" Engine having a lot of drag;

I added two more engines to the pack. It's in the imgur album if you want to see for yourself. I also teamed up with a forum member which you could check out on the forum thread. You'll find his name in the information panel as well. He pretty much did all the performance configuration which was a massive help to me. The performance should feel way better than before.

Stats for Airplane Plus