This mod adds some late-game engines and tanks to the game. These parts are fusion-based or use advanced technologies.
Download (9.27 MiB)

Impossible Innovations is a parts pack for KSP that adds some late-game parts based on fusion. It's (eternal) Work in Progress, but there're enough content to post here.

It isn't realsitic in the slightest. Hence the title.

More info at the forum: https://forum.kerbalspaceprogram.com/index.php?/topic/175694-141-impossible-innovations-under-new-management/

Impossible Innovations V0.8.8.6 is on the wild!

Now Impossible Innovations works from KSP 1.3.1 to the latest. Using the same package, no changes.

On the other hand, the dependencies are not being packed together anymore - there's no point on making the Add'On "multi KSP" just to be forced to distribute multiple packages due Add'On restrictions. Most of the time, the Add'Ons are utterly outdated at the moment of the download anyway. 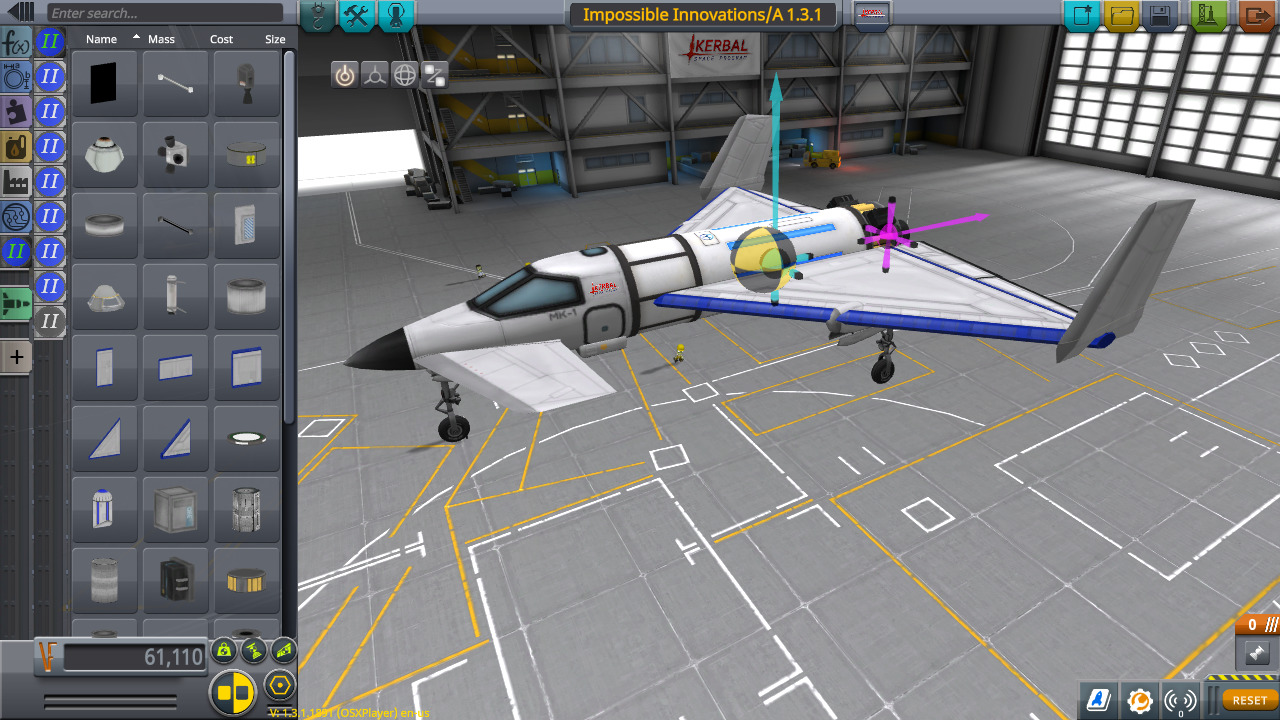 0.8.7.6: Updated depended mods in package for those who aren't using CKAN Recompiled code for KSP version 1.2 Increased hydrogen tank capacity from 2000 to 3000 Implemented a rough compatibility with the Community Tech Tree Fixed some parts not loading in KSP 1.2 Re-assigned part VAB categories to make them easier to find in 1.2 Fixed TweakScale configs for the CL-20 Flea engine Fixed TweakScale configs for the Dead Weight

At this stage, the hydrogen converters and tanks are still broken. To use the converter, you must operate it though action groups as there is no collision mesh to click on. This is being worked on.

Updated all dependent mods that come in package Code recompile for 1.1.3 (very late)

Recomiled for KSP version 1.0.5. I know it's very late, but this will make the transition to 1.1 easier.

Ion wings now have action groups for On, Off, and Toggle

The Toggle Button is available in-flight

New behavior for Ion Wings: When electricCharge runs out, the wings shut off They must be manually re-activated to work again This is as opposed to the previous behavior, where they would rapidly switch on and off as electricCharge began trickling in