Hi. This is a parts pack that uses the half size MK3 parts system like can be found in Airplane plus and is compatible with those parts. Provided are parts to make the equivalent of an MI-24 Hind attack helicopter and an MI-17 troop or cargo helicopter with a loading ramp. You can mix and match to make several variations. Included are rocket pods and a missile rack that use the fireworks system, and you should adjust them once attached to get the effect you want. There are also 2 sizes of auxilary fuel tanks that have the ability to be jettisoned. Remember to turn off staging for them when attached, to stop from accidentally dropping them just after launch. The engine base that sits on top of the main fuselage is a hinge and requires that "Breaking Ground"be installed for functionality. The main rotor attaches to it's top node and this allows the rotor to be tilted in flight for stable horizontal flight. The tail planes are fully functional and as such create drag on vertical movement when rising and descending. The turret (gun or camera) is designed to exactly counter the drag at the other end and needs to be attached when the tailplanes are so that the craft doesnt pitch violently when moving vertically. The turret and the tail sections also have adjustable ballast so that once you have built your craft you can balance it so that the centre of thrust from the rotor goes straight through the centre of mass.

Being that they are heavy helicopters the rotor has a small spool up and down delay and so when taking off and landing you should allow for the time it takes to react, especially for landing so that you don't hit the ground hard by waiting too long before throttling up to slow your descent. Half throttle is usually enough to get most loads off the ground.

I will include some premade craft in a SPH folder inside the main folder.

Just type in "hind" to have all the parts come up. I hope you will have some fun with this. 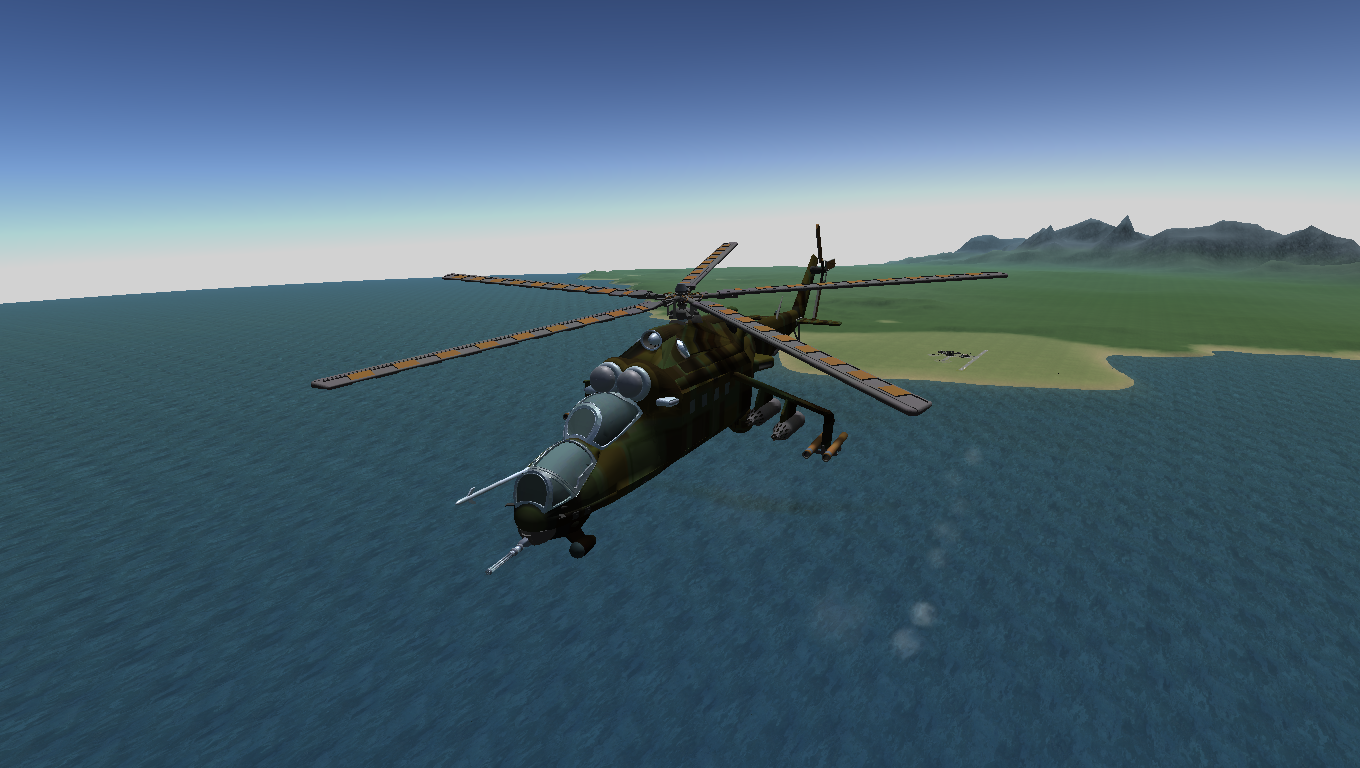 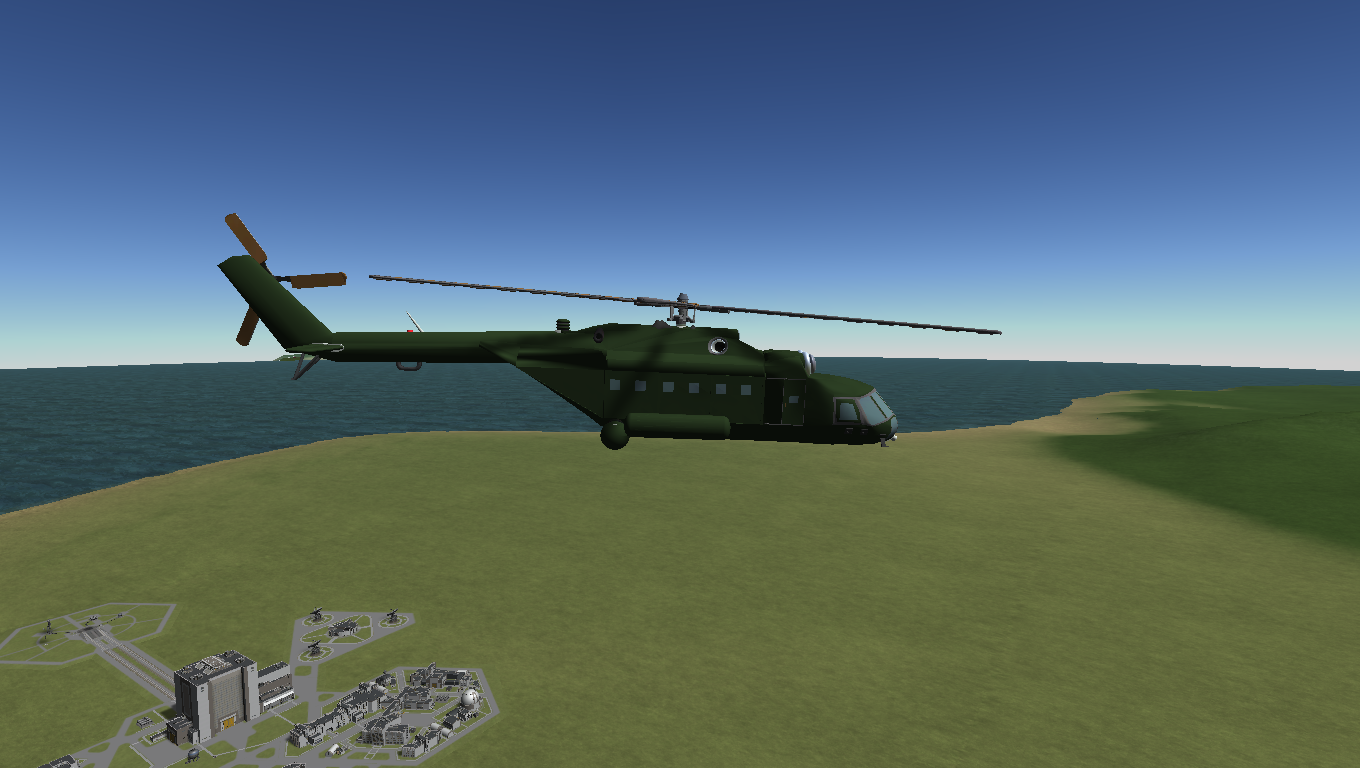 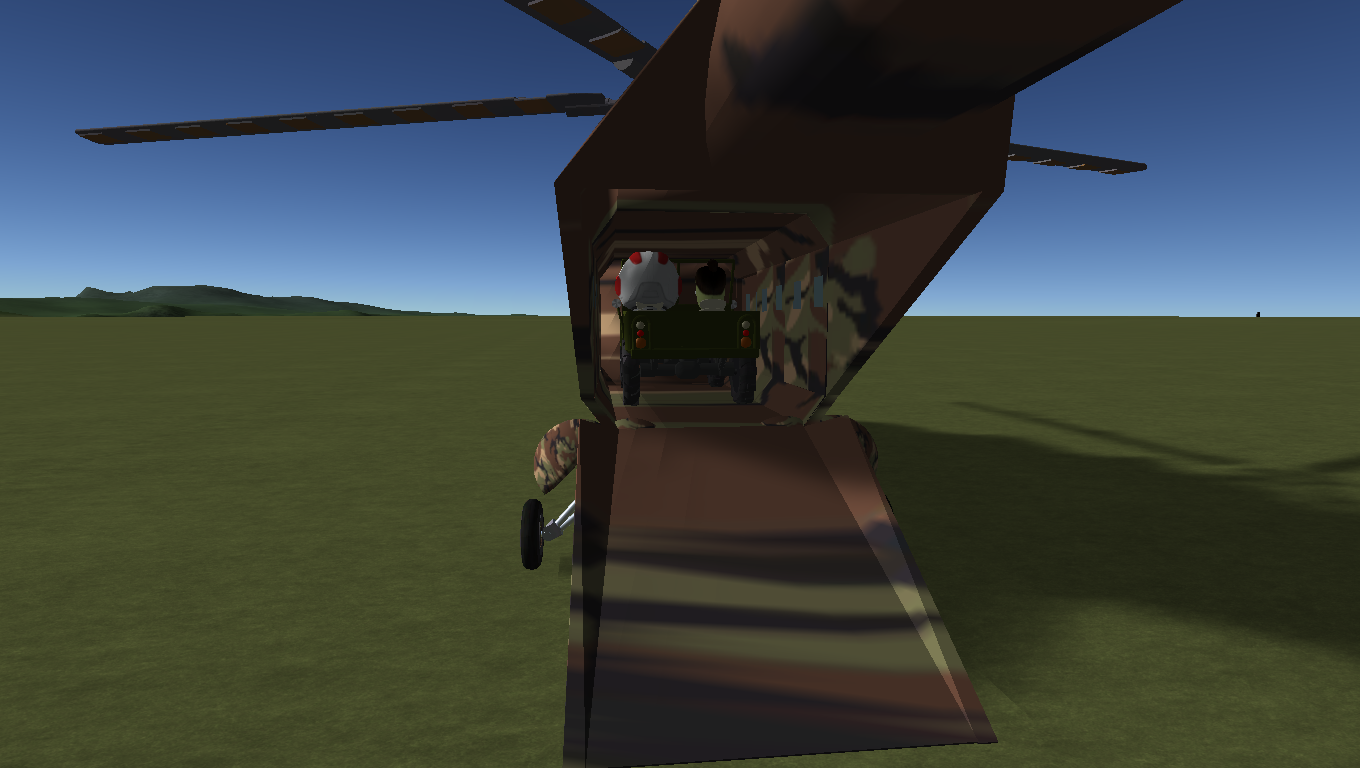 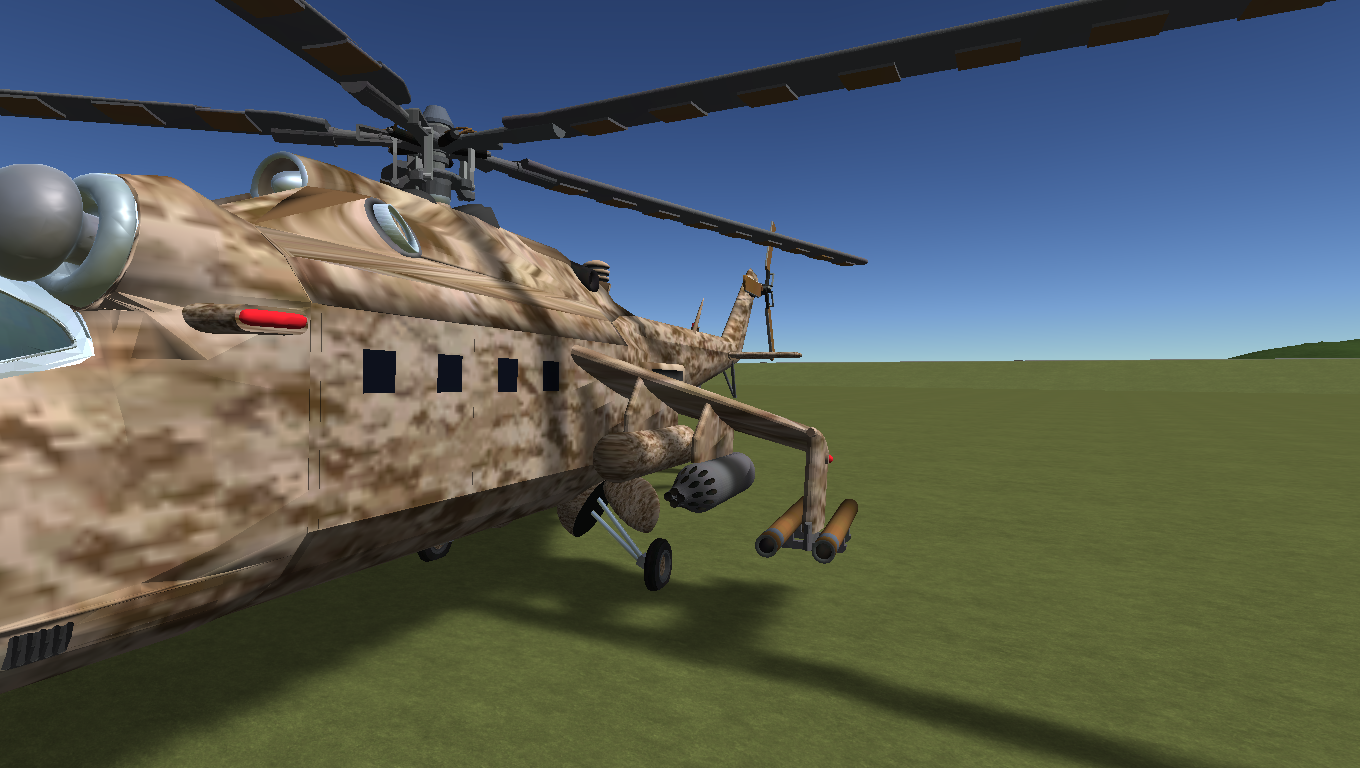 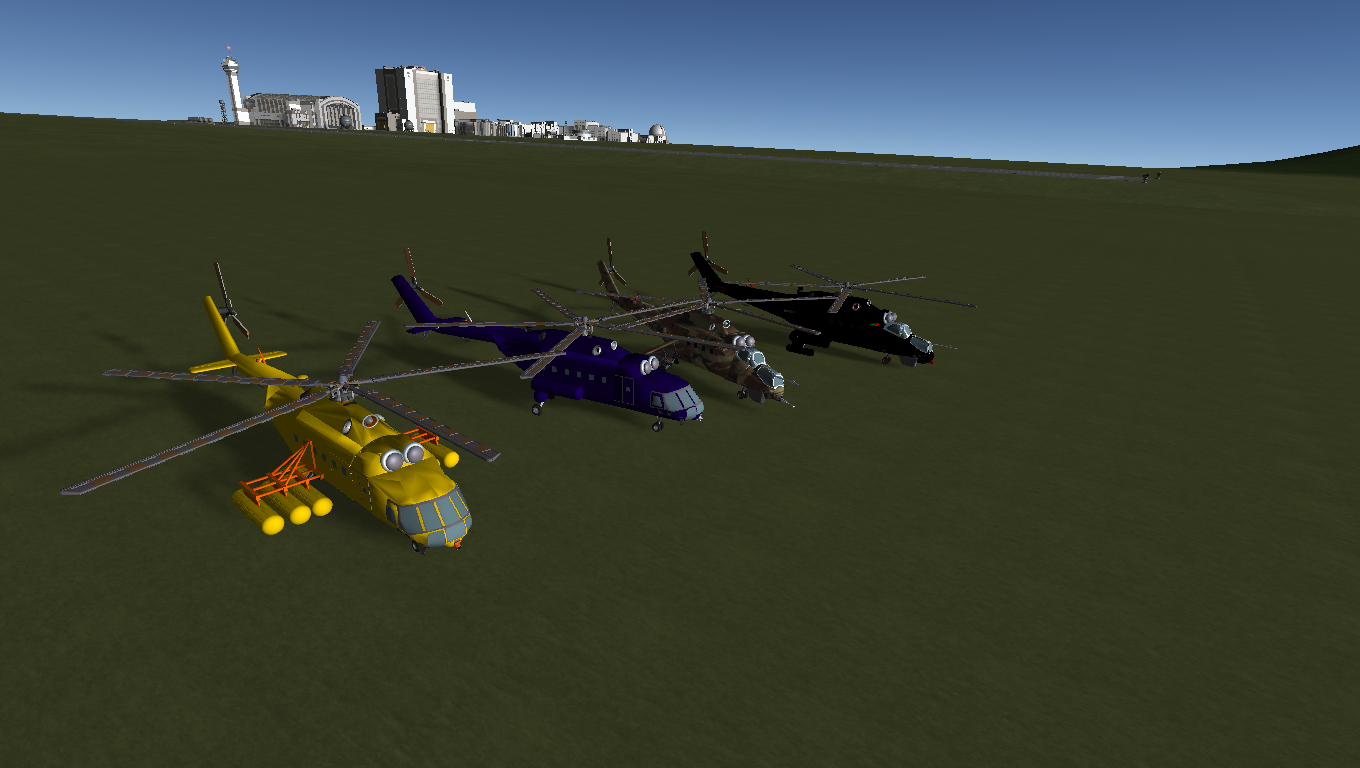 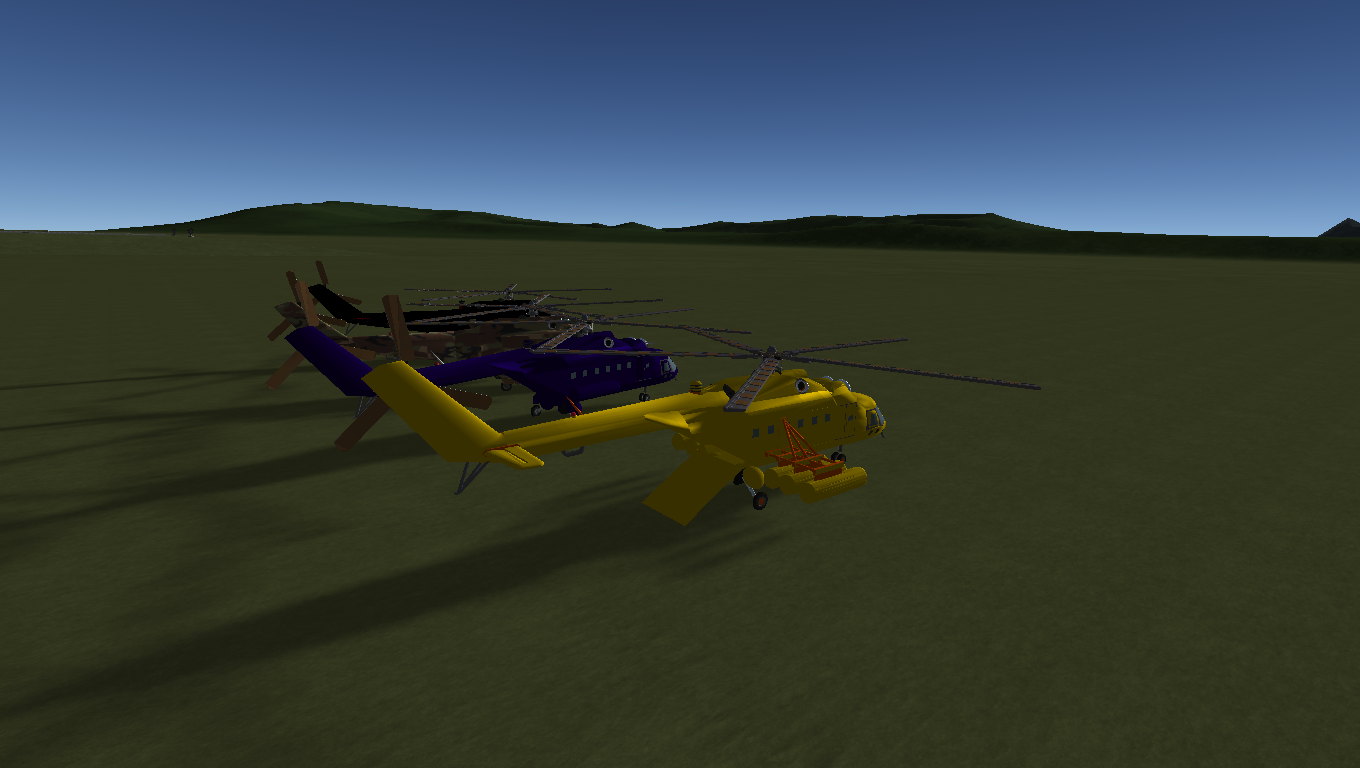