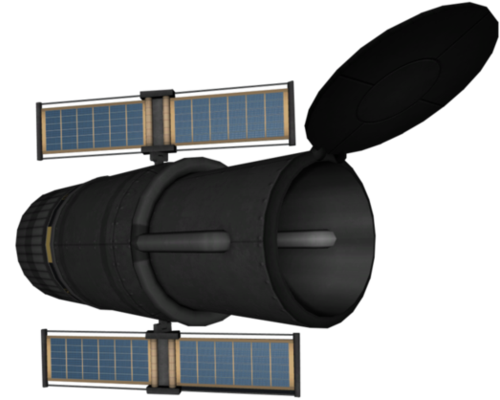 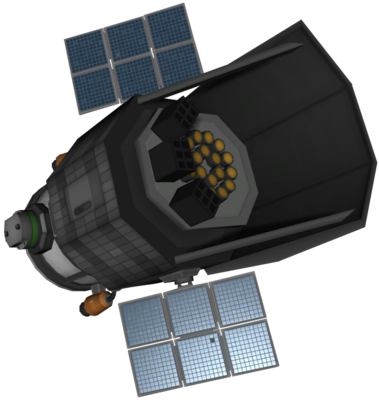 FungEye Optical System A 1.25m variant optical system which is cheaper, lighter, and less bulky. Of course, this part is much more limited - it only has a single-use aperture (once the aperture is opened, it stays open), and can only gather 10% of any possible science gain.

Wide Field Camera Processor Processors take the raw data from the optics system, do some wizardry™, and allow that data to be transmitted back home for scientific analysis. The Wide Field Camera is the most basic processor, and its use is simple. Just point the telescope at a celestial body, zoom in close enough, and snap a picture!

Asteroid Camera Processor This processor will allow for scientific experiments to be done upon discovered asteroids based on their size classification. If a telescope is left with this processor running, it will increase the rate at which near-Kerbin asteroids are found. This mod will change the default asteroid discovery rate from 1/2 or 1/3 to 1/100 chance to discover an asteroid. Telescopes with these processors will improve the odds of discovery an asteroid.

Occultation Camera Processor This is the most advanced processor, and it is only available in the third and final generation of processors. This processor will continually compute random dates to observe a specific target. Observing the target at the specified date will allow for large science gains. It is very important to upkeep maintenance on your telescope for this processor.

Processor Mount Easily mount a processor anywhere! Surface attachable. Make sure to turn off angle snap if placing inside the cargo bay. Also, note that FungEye has its own internal mount, so a new processor mount is unnecessary. 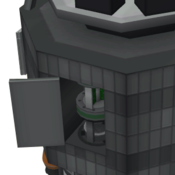 Service Bay (not pictured) You need a place to put all this stuff! Also allows all your modules and whatnot to be accessible on later servicing missions.

Gyroscope and Reaction-Wheel Unit (GRU) These are more advanced reaction wheel modules that allow for their torque to be reduced to make very fine adjustments. These deteriorate over time, so you'll need to replace or repair these periodically.

Servicing Ladder (not pictured) Goes nicely in the service bay.

Smobodobodyne SLIM Probe Core A slim variant of the stock cubic probe core. It is radially mountable anywhere, but it does not feature any kind of reaction wheel.