An odd selection of modified parts and new ones that've made their way into a mod for your enjoyment!

3.) Drag and drop the AtomicTech folder into KSP's GameData Folder.

This requires ModuleManager and Atomic Technologies Incorporated to function.

| Any command module | Loaded with a backup fuel cell with 67% efficiency compared to stock fuel cell. | No power gen. |

| Mark 1-2 Capsule | Capsule re-added into the game. Still working on it! | Capsule is deprecated. |

| New Mark One Crew Cabin | Downsized Science Bay with reduced capabilites. | Only holds two Kerbals, not really useful for anything other than storing Kerbals. |

New Suits based off of the Original and Future Suits. Comes in lots of flavors (i.e. Colors)

New Multipurpose Propellant used in the AT-NTRO Advanced RCS Engine and to increase the efficiency of the Blue Cirrus.

The Xenon-O-Tron that uses the Convert-O-Tron 125 to convert intake air to Multipurpose Propellant, Xenon Gas, and Oxidizer.

1.875m Xenon Tank from MissingHistory by Snark. Redistributed under the CC-BY-NC-SA 4.0 LICENSE.

Modified Greenhouse Parts from PSA-Greenhouse. Redistributed under the GPLv3 LICENSE.

Modified Palici and Stowaway Parts from MissingHistory by Snark. Redistributed under the CC-BY-NC-SA 4.0 LICENSE.

A selection of Vintage KSP Parts from TriggeredSnake's Old Parts Redux. Redistributed under the MIT LICENSE.

A Nuclear Reactor that runs on Klutonium, a new resource only found in trace amounts in the rocky planets and in higher concentrations on Tylo, that are adapted from KE-01 Radioisotope Thermoelectric Generator by JebediahKerloby. Redistributed under the MIT LICENSE.

Note: The Klutonium's statistics are completely original, the only thing it borrows from KE-01 Radioisotope Thermoelectric Generator is the name.

A revived Taurus HCV from the Taurus HCV 3.75m Command Pod and Service Parts mod by bsquiklehausen, used under the CC BY-SA 3.0 License.

LV-2N and LV-4N variants that are inline with our own NERVO LV-N Variant from Recycled Parts by LinuxGuruGamer. Licensed under the CC BY-NC 4.0 License.

A New Taurus Hitchhiker and Science Bay modified with all your surface base needs! (Drill not included.) Adapted from Recycled Parts by LinuxGuruGamer, used under the CC BY-SA 3.0 License.

A New Habitation Laboratory/Workshop based off of LinuxGuruGamer's Tokamak Refurbished Parts. Note: It does still require the base mod to function.

Other engines in this mod will receive the effects adapted from Knight of St. John's Stock Waterfall Effects (CC BY-NC-SA 4.0) and from LinuxGuruGamer's Recycled Parts (CC-BY-NC-SA 4.0).

PorkJet's RAPIER Variant, redistributed under the CC-BY-NC 3.0 License. If I can get it working, dammit!

This requires ModuleManager and Atomic Technologies Incorporated to function.

It also requires Waterfall and Stock Waterfall Effects for the beautiful new plumes.

FOR THE LOVE OF JEB, DO NOT RENAME ANY FOLDERS 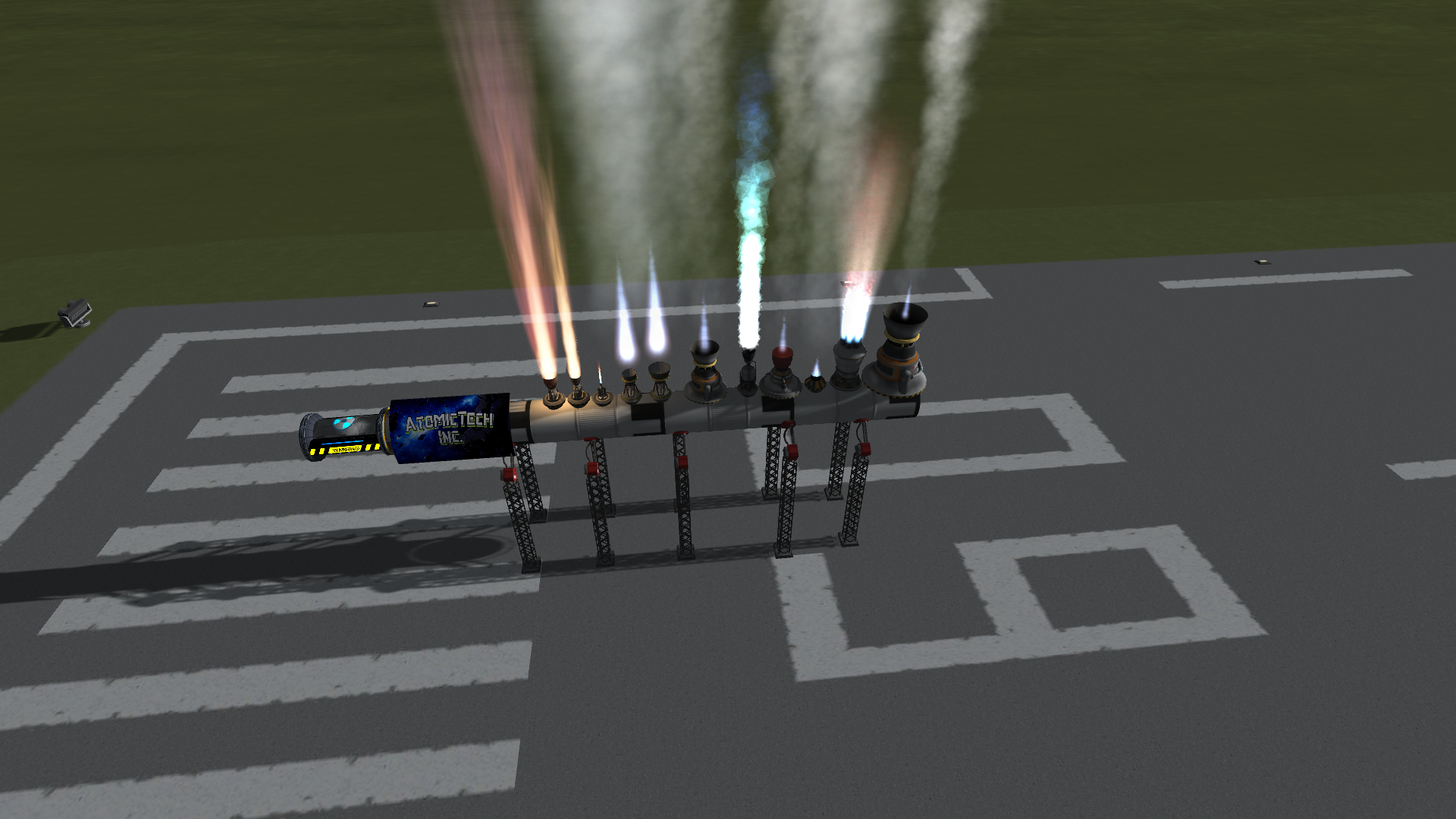 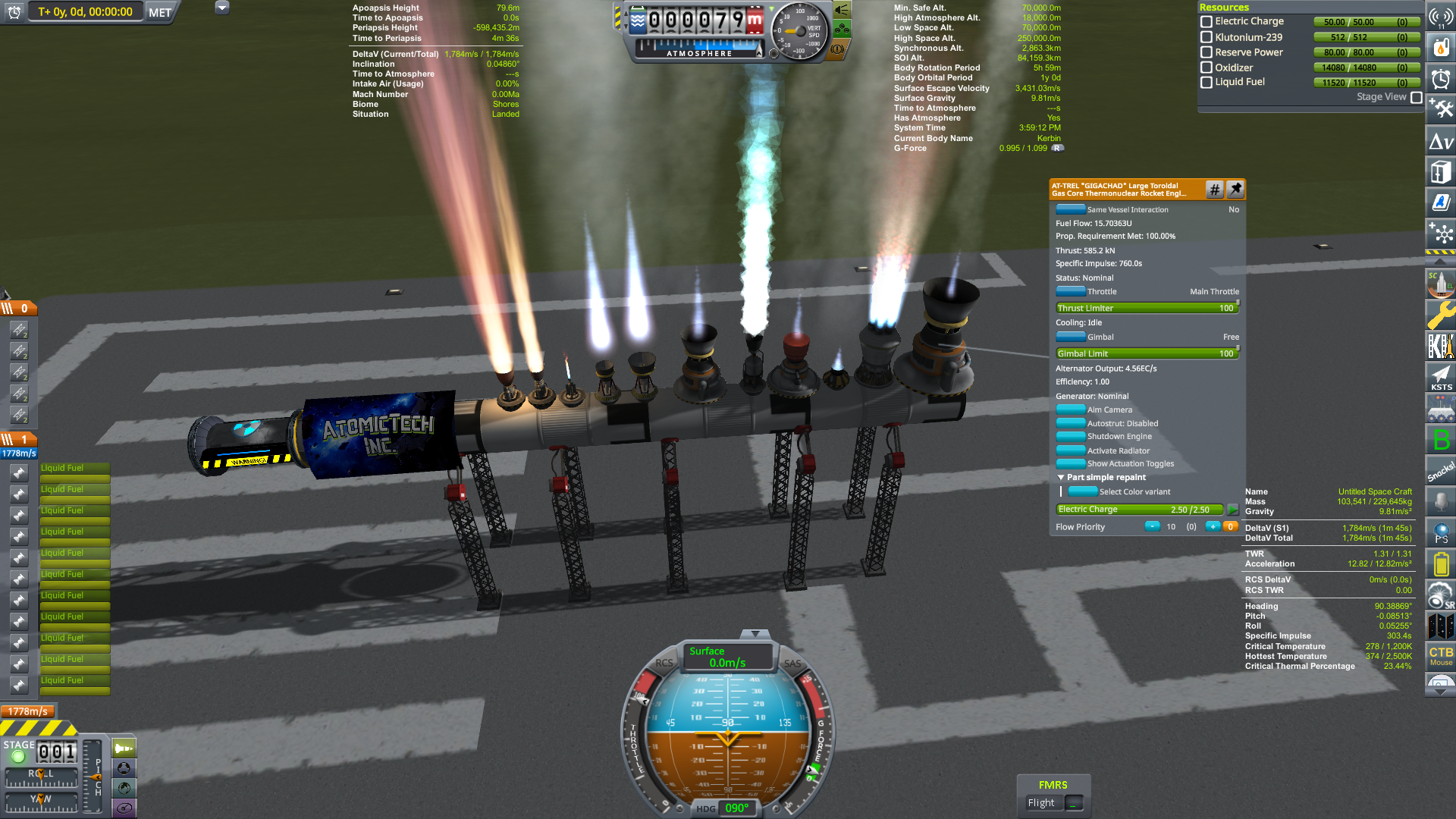 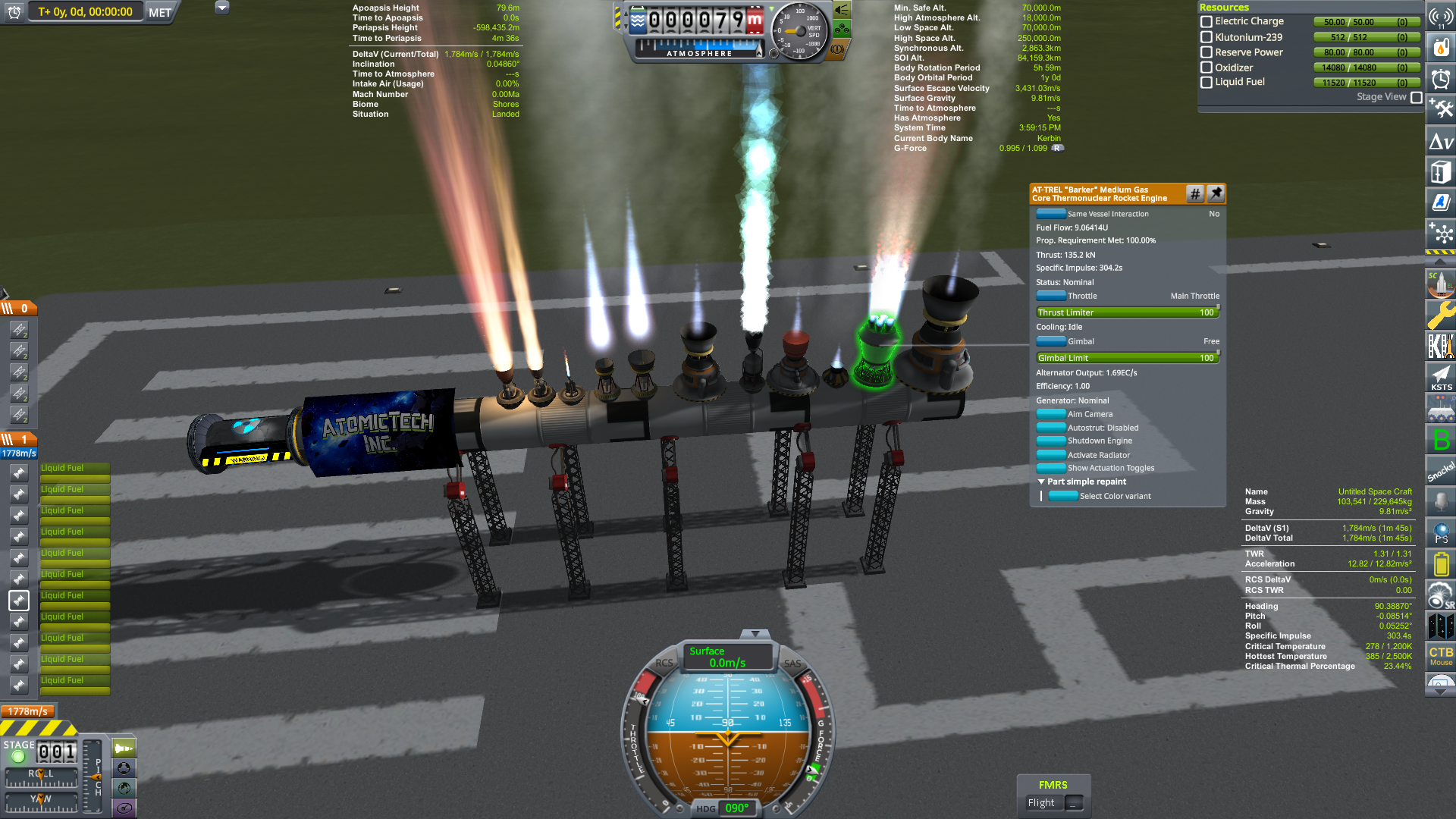 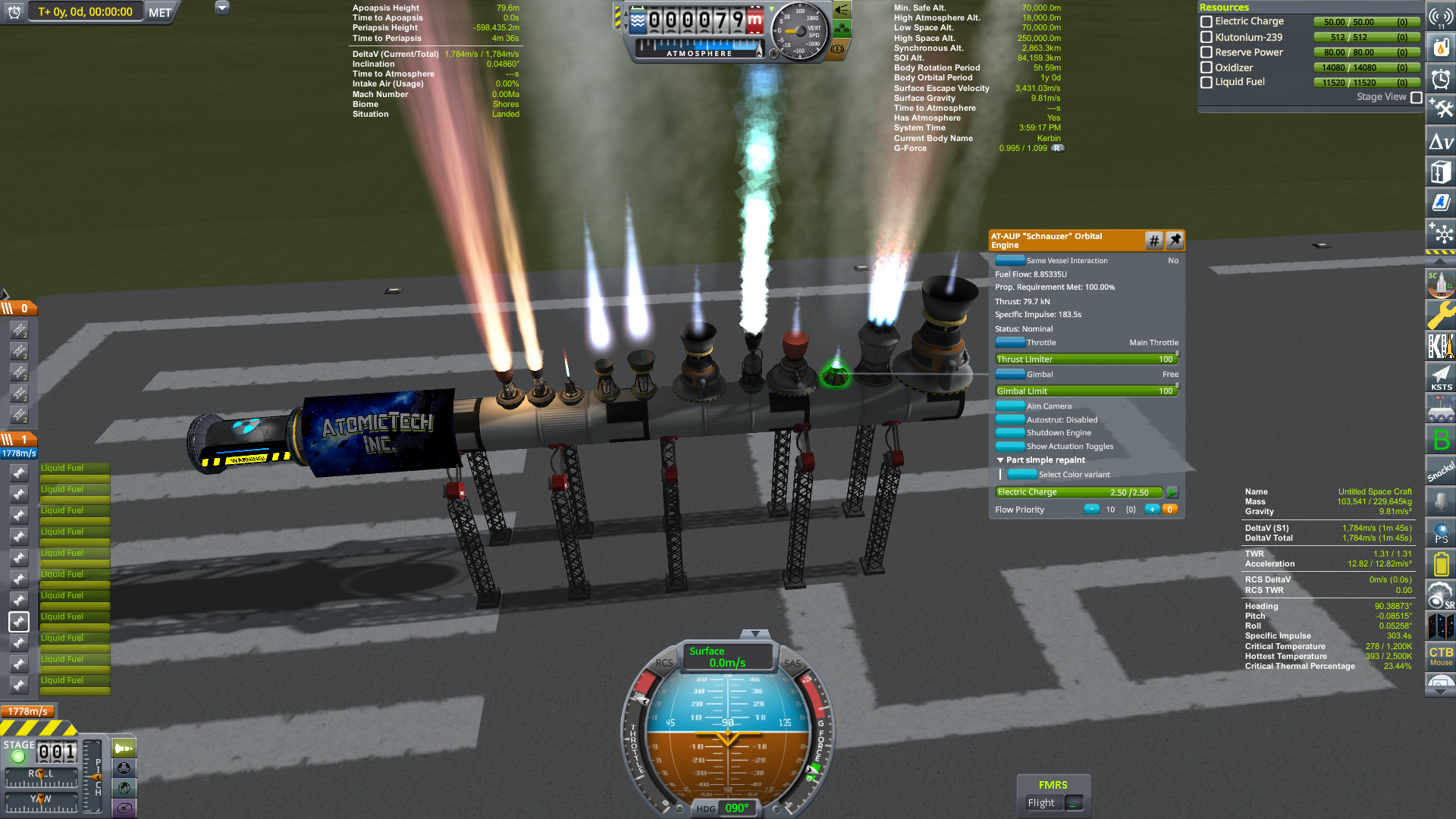 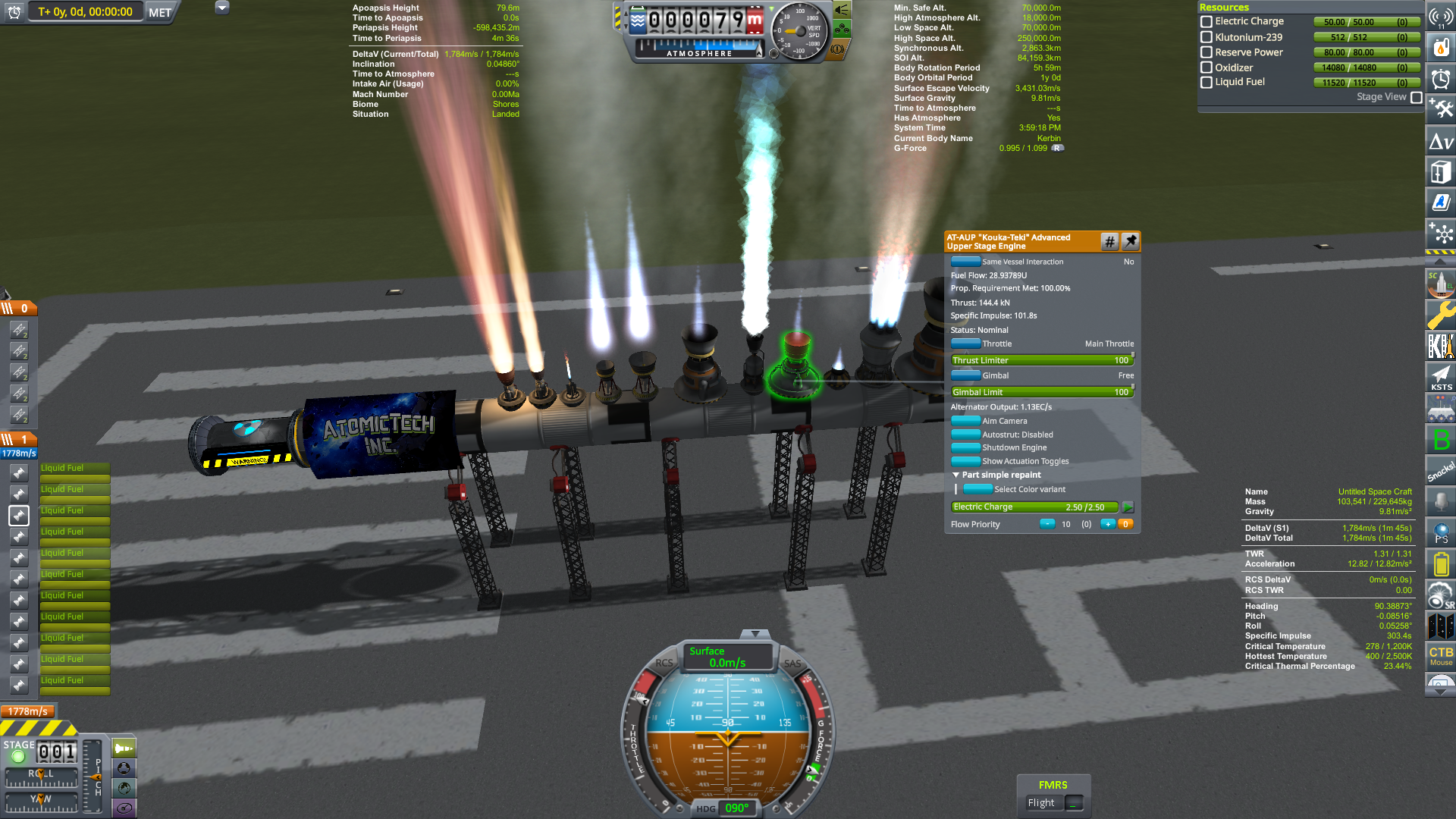 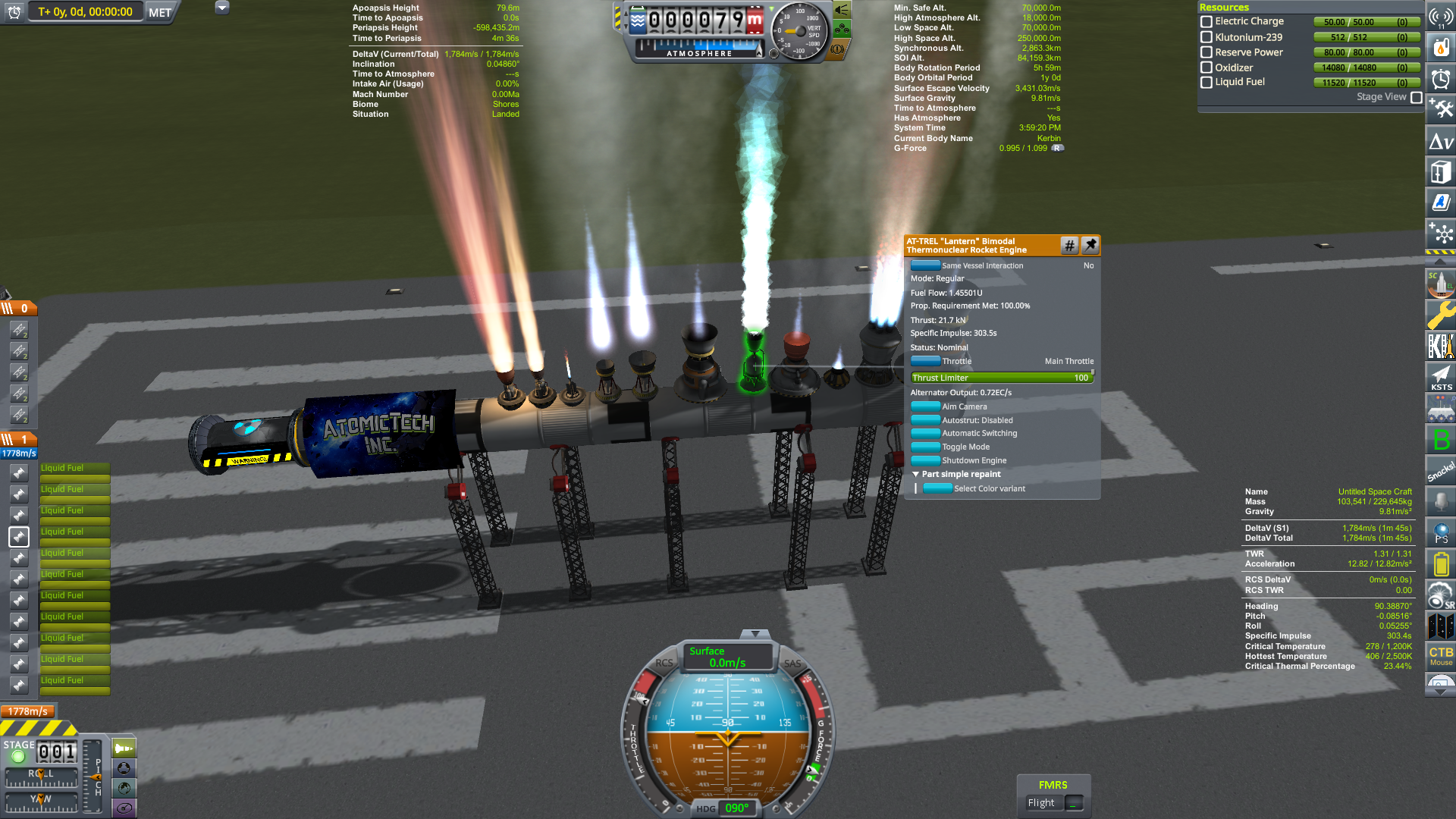 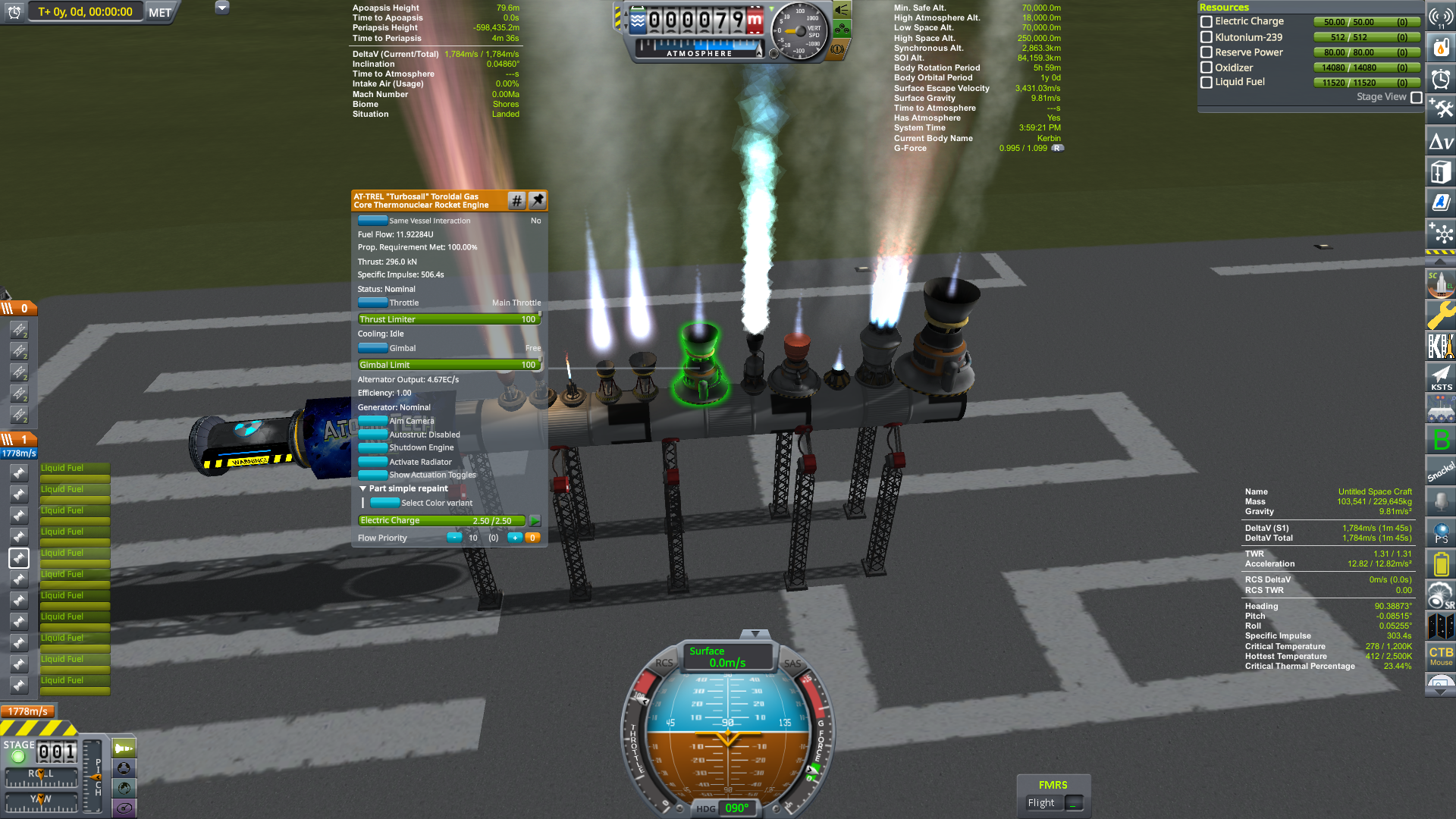 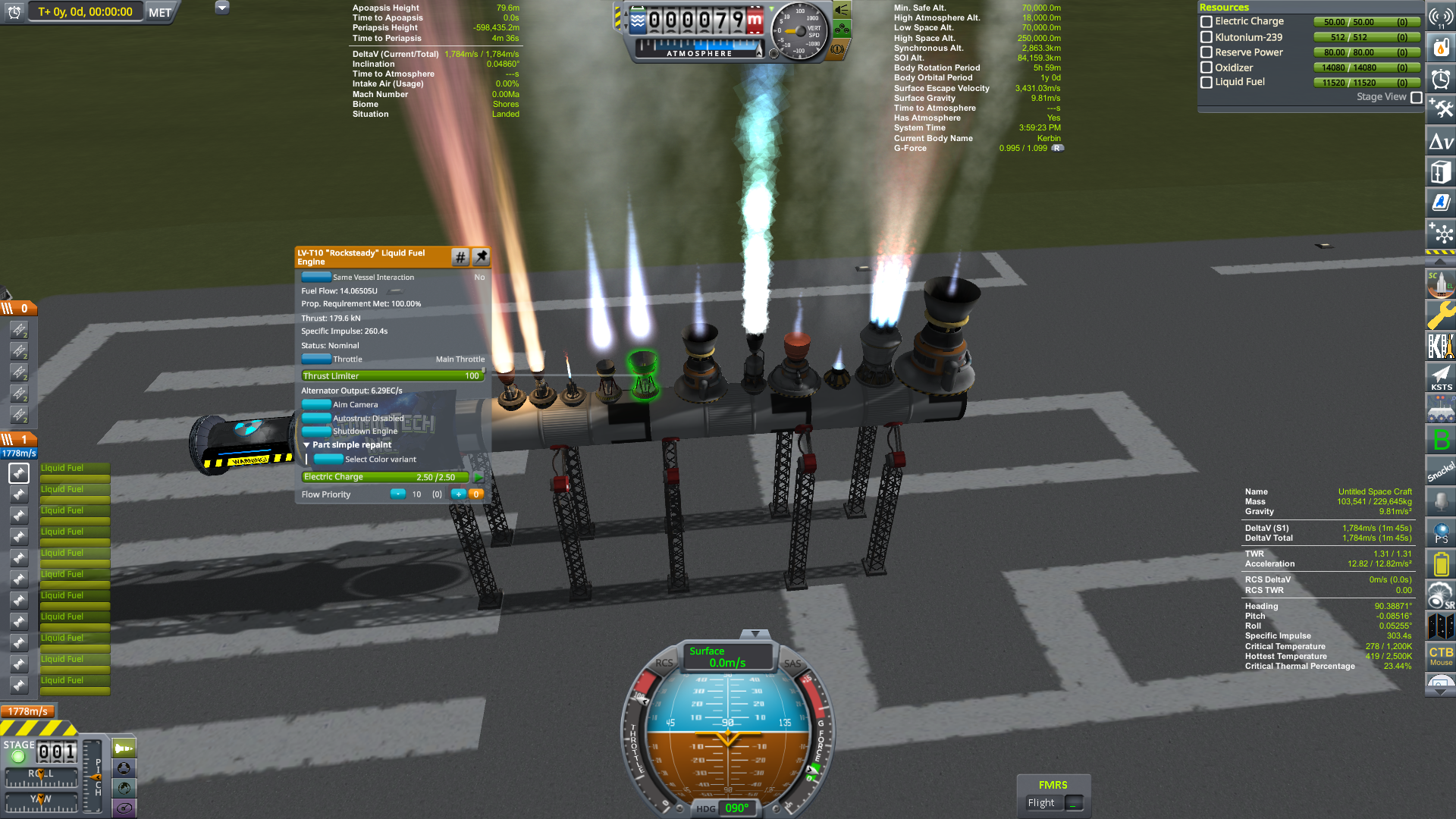 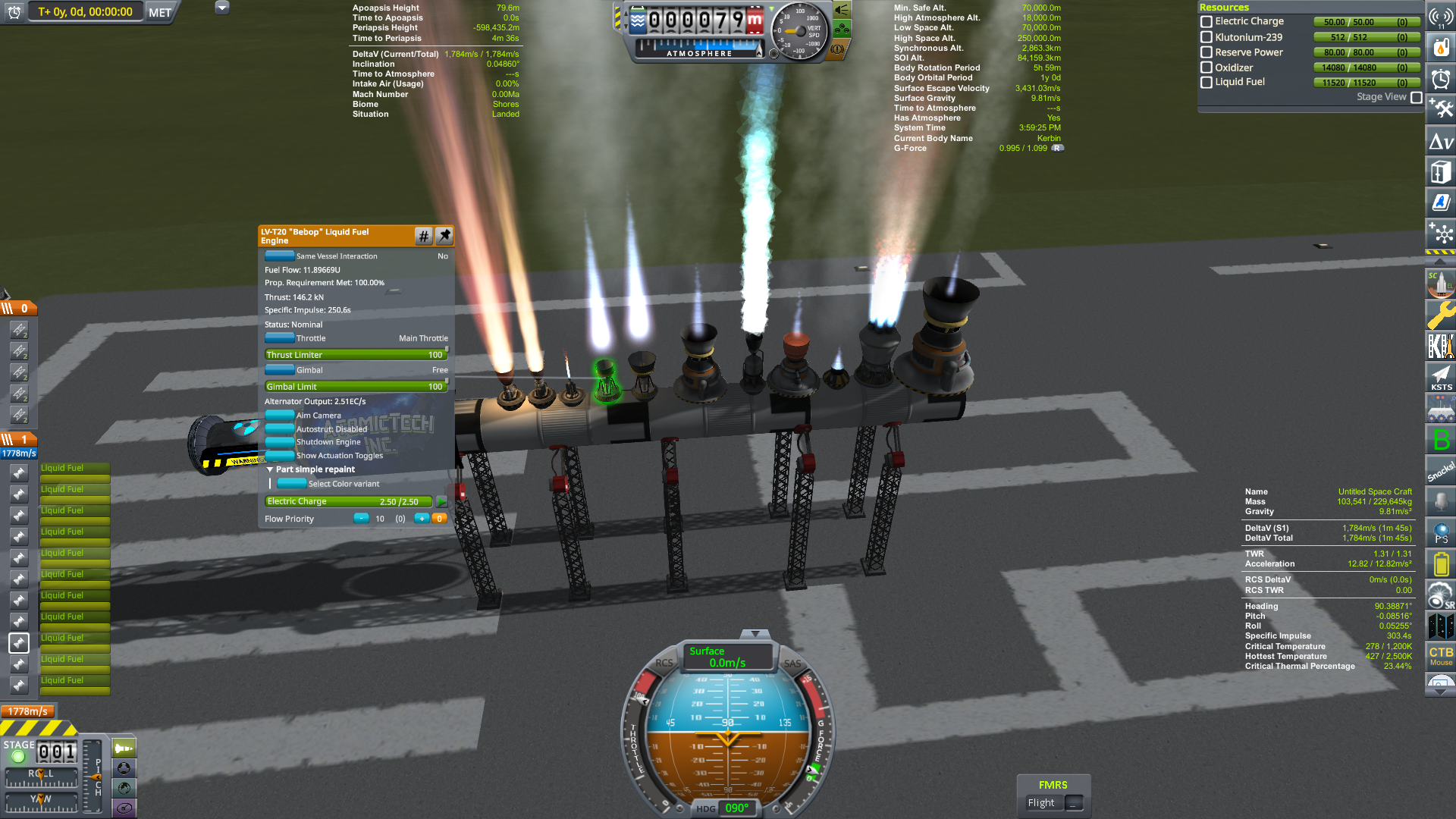 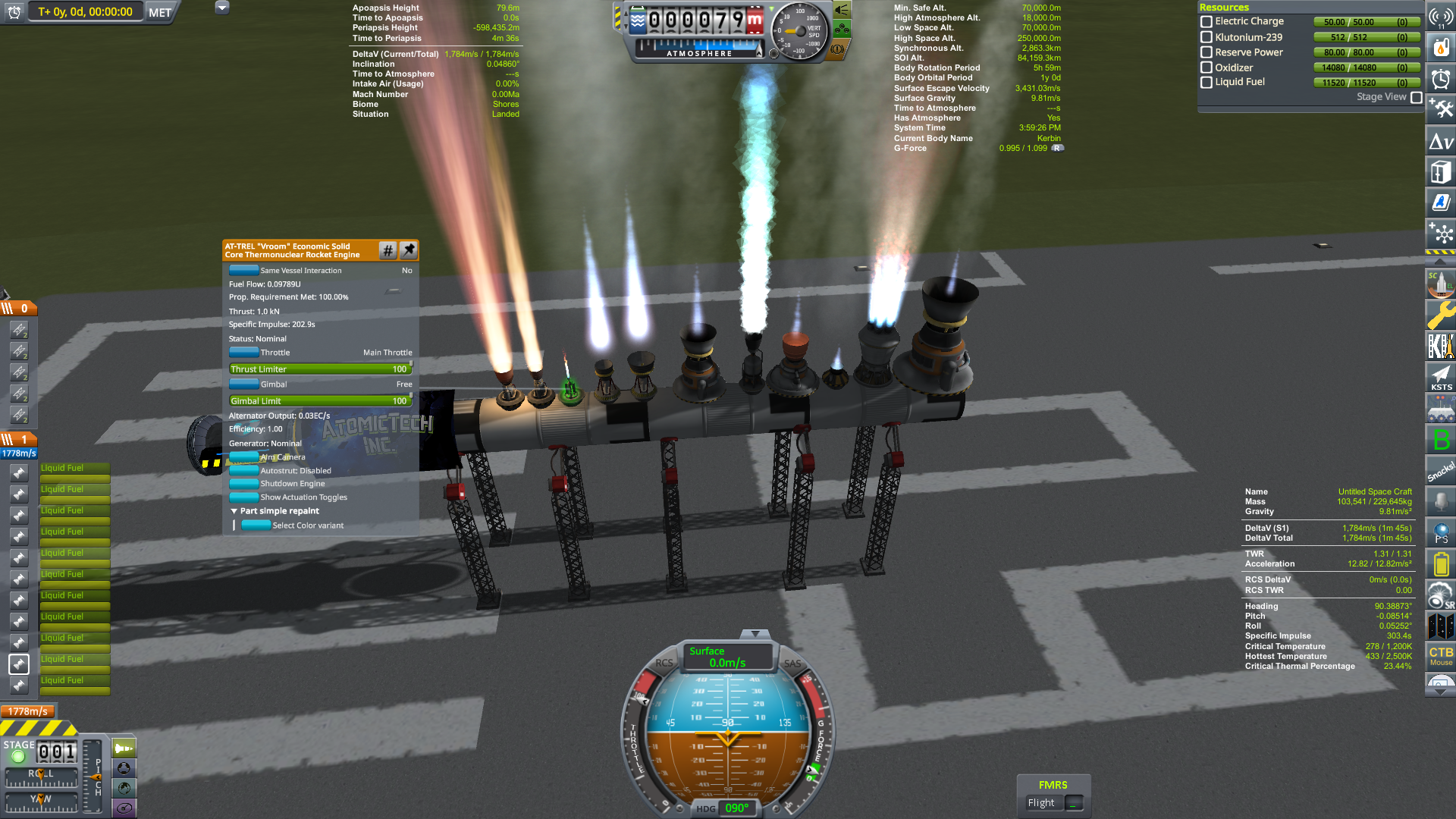 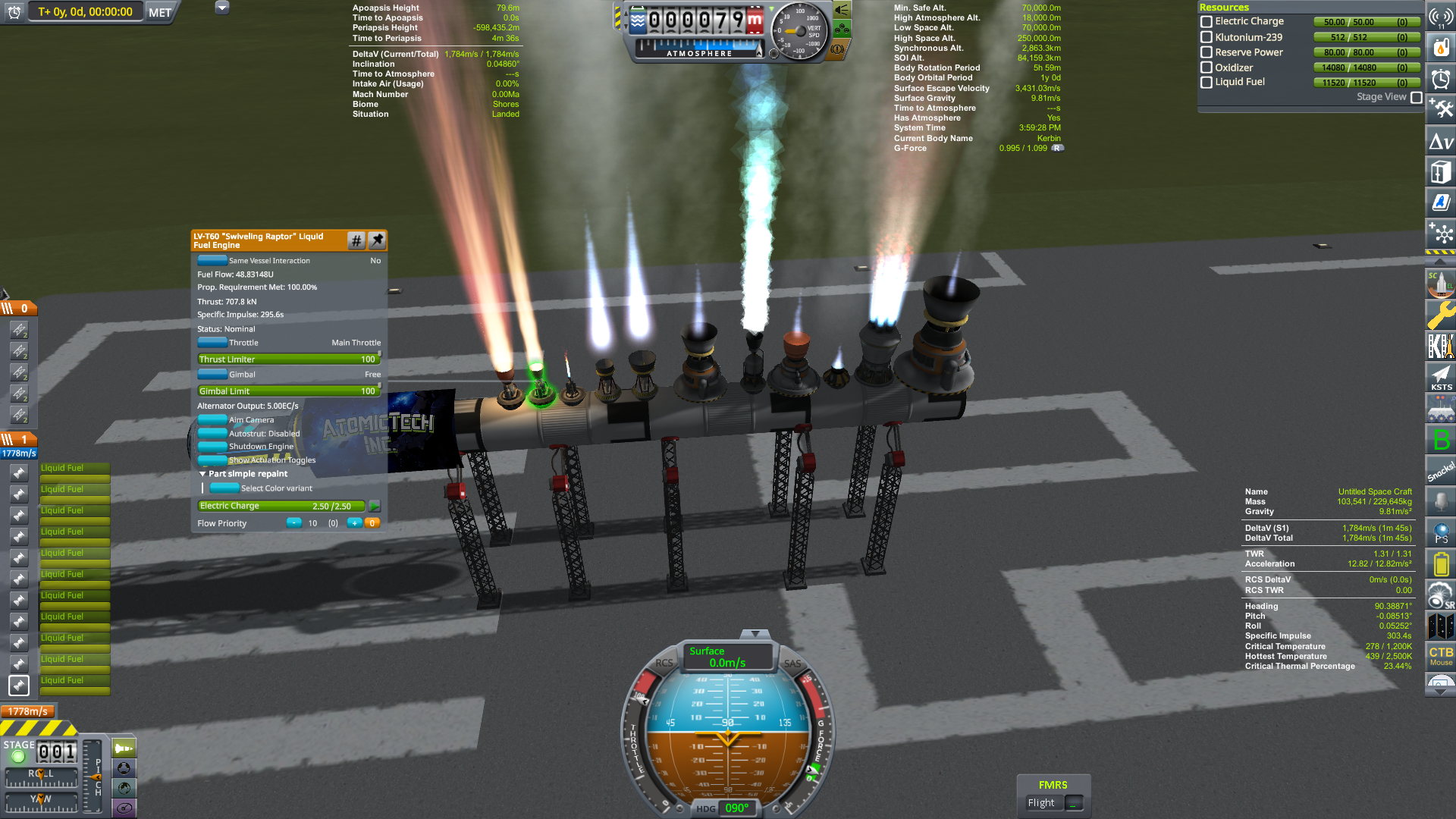 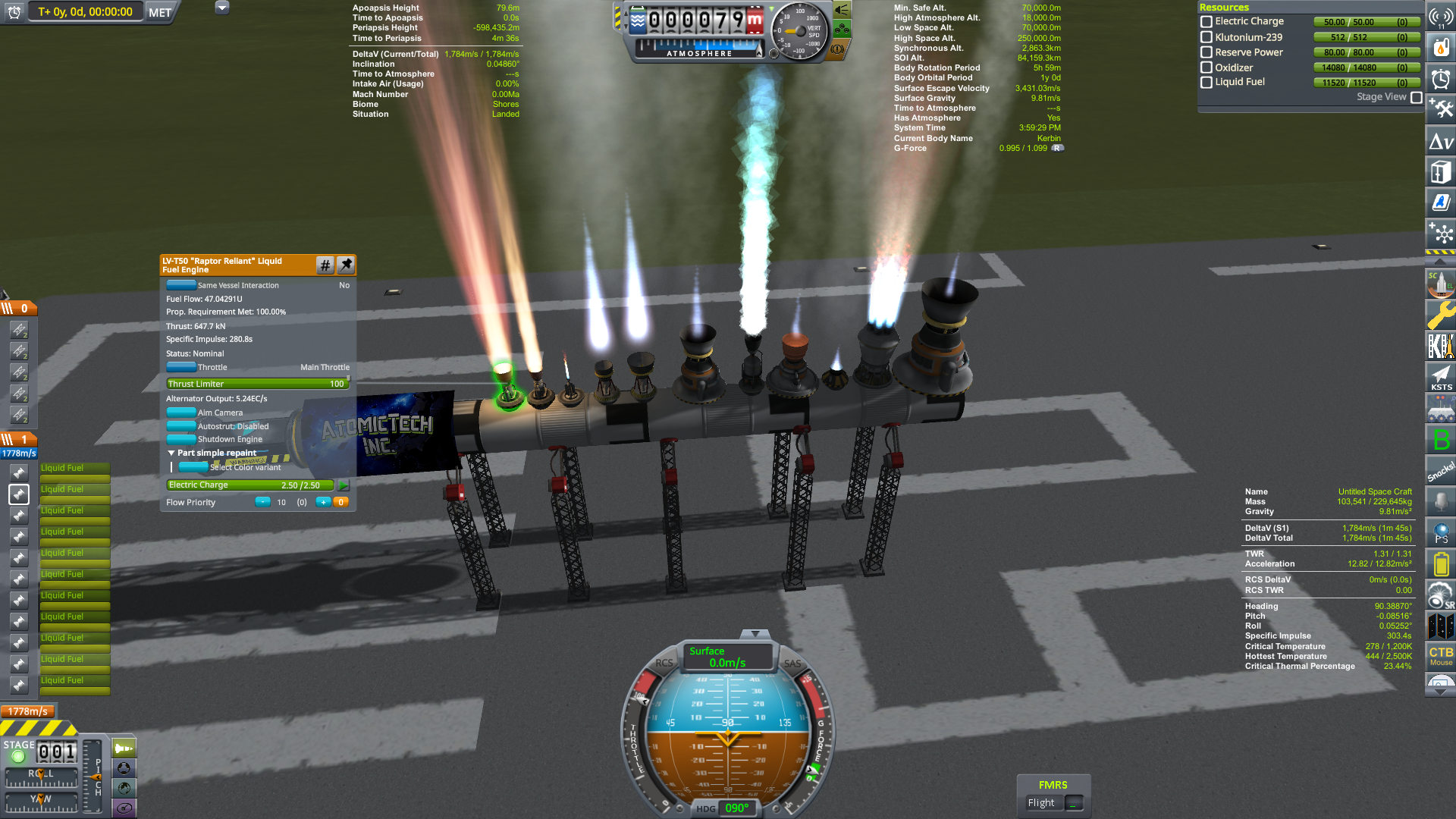 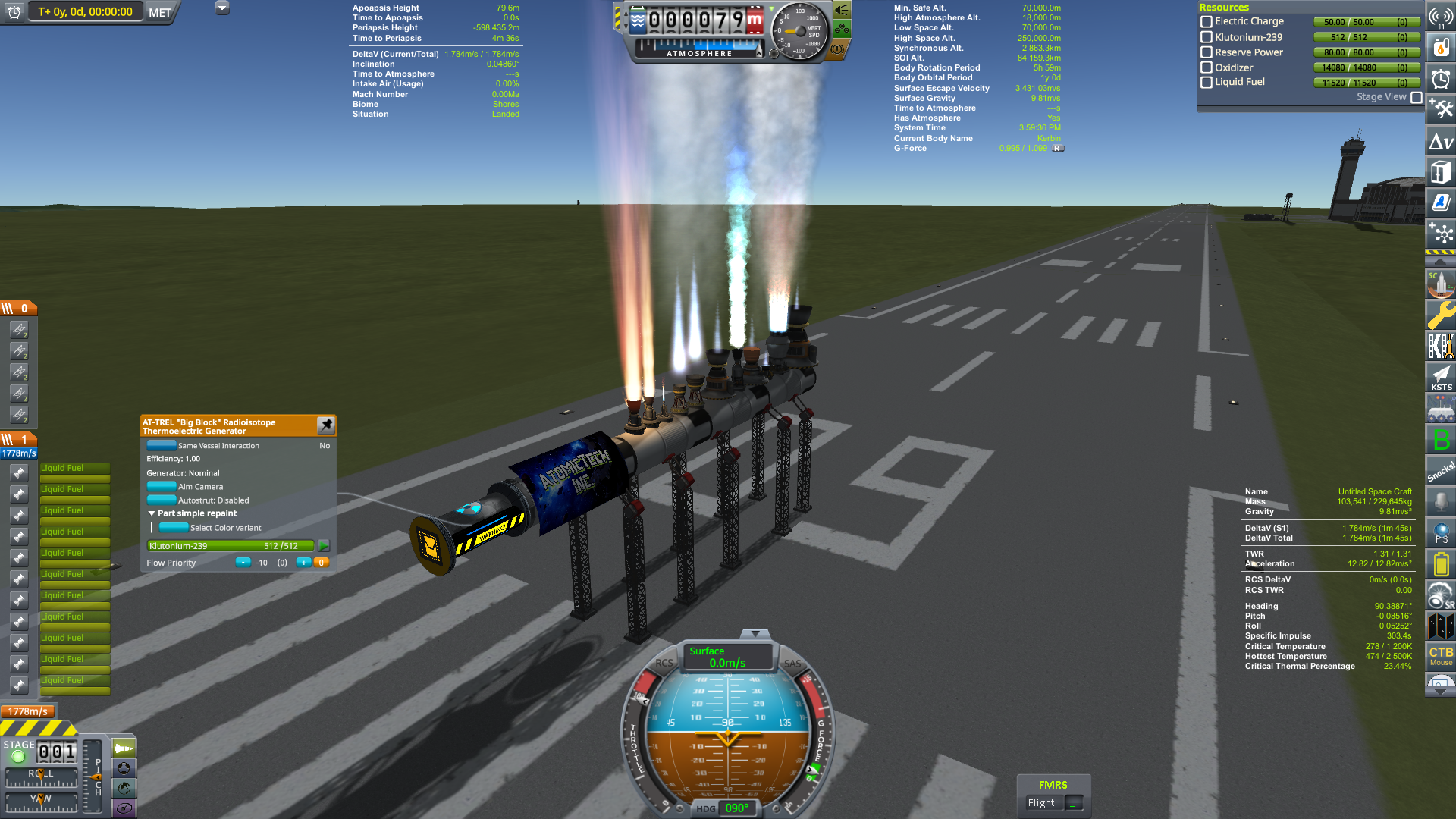 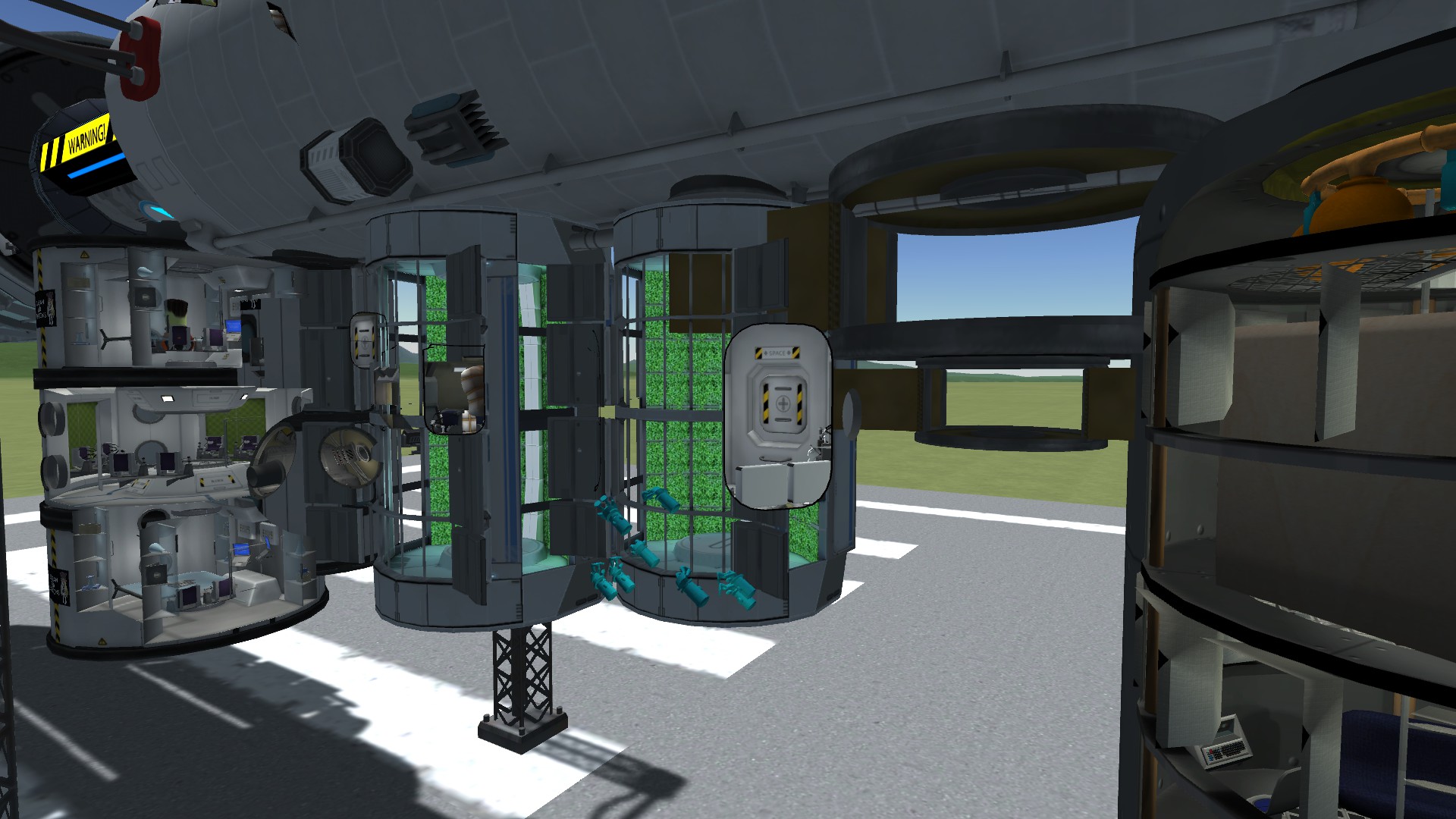 Who knows how those test dummies got there? 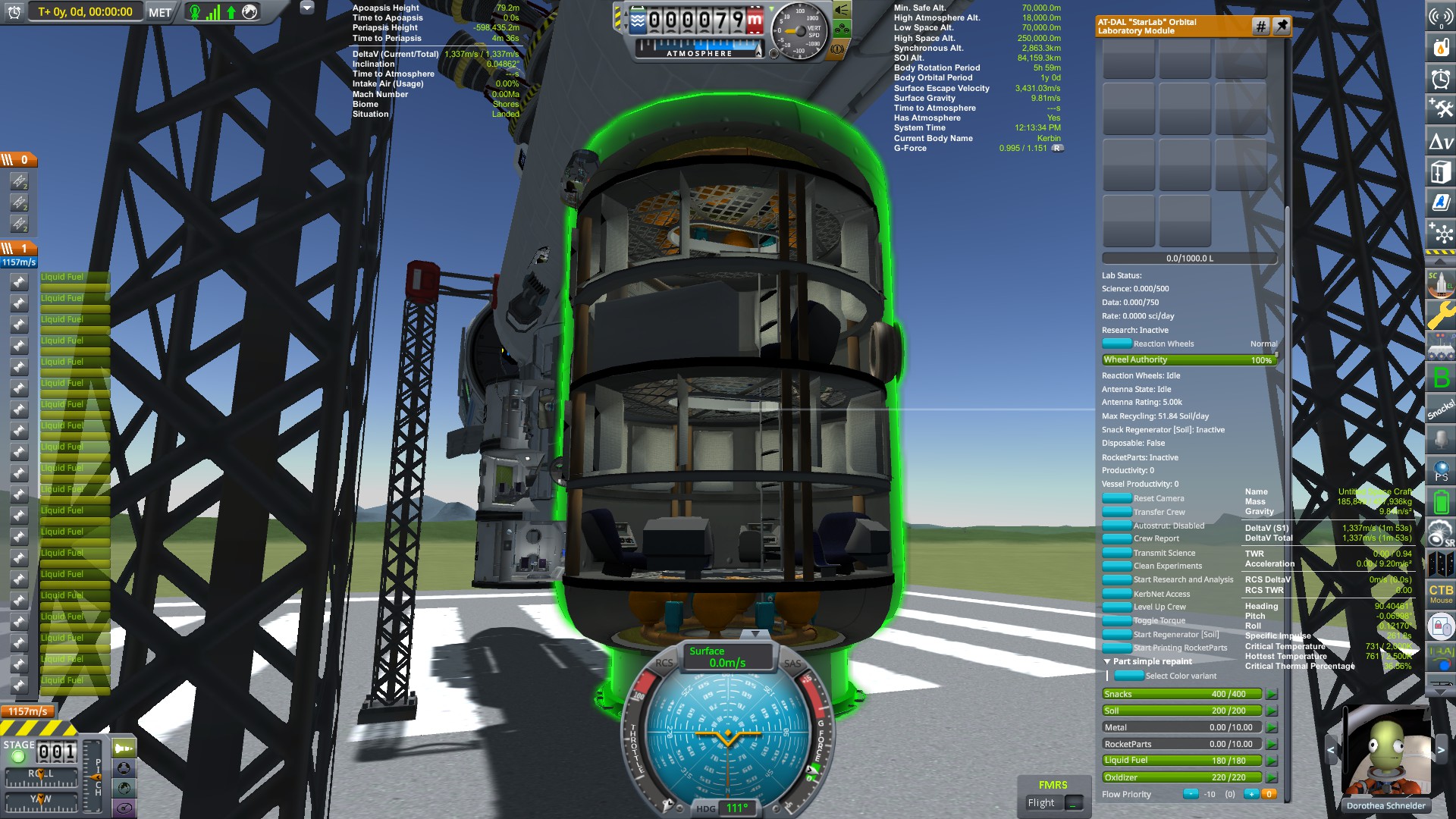 This version is a finalized copy of 1.2.2, it just doesn't have the Waterfall Plumes refined.

Do send some screenshots so I can tweak them accordingly!

Enjoy it with a finalized copy of AtomicTech Inc. Junkyards!

Some fixes and tweaks. Some new features too, I think.

In the process of adding new command pods.

One currently shouldn't work, but that's according to the plan.

Kinda screwed up the update.

A lot of "new" parts from the Old KSP with new uses!

Lots of bug fixes, hopefully the Snacks! MM patch for the Greenhouse starts showing up.

Lots of work was done. Hopefully the greenhouses start working!

Bugfixes for the Greenhouse.

Currently a WIP but everything else should still work.

Almost done, only two or three projects left to add!

Added a new suit based off of the future suit for this version!

Also did some organization that'll make it easier for staticalliam7 and I to update it.

Added some new suit variants for the default suit!

As always, any build before 1.0 is a testing version. Please note that some parts may or may not work.

Added a new resource, Liquid Nitrogen, used in a Vernor Engine Variant and produced by the Xenon-O-Tron!

GitHub is back up to date!

Bugfixes and hopefully getting the Snack Regenerator to work for once.

Bugfixes and an experimental air breathing variant of the Dawn Ion Engine.

Did some bug fixes, reworked the Xenon-O-Tron config so that it actually works.

Added the Xenon-O-Tron that turns Intake Air to Oxidizer and Xenon gas.

Did some more tweaking!

Currently working on turning the old Reliant and Swivel into a Raptor Sea and Vac.

Working on a new addition!

I was looking through the forums the other day and came across HebaruSan's SmartTank and it's dependancies. I though that the amount of mods I needed to make it work was rather undesirable.

I saw that the whole idea of Procedural Tanks, a dependancy, was to help with the stock game's "Lead and Rebar" tanks. So I figured that I could do something about this with my new-found knowledge of MM from ColdJ, Caerfinon, and HebaruSan. I've reduced the dry weights of all the stock SRB's (No DLC parts at the moment) by 10% and increased the fuel capacity by 10%. I also started the working on doing the same for all the stock fuel tanks, reducing weight by 10% and increasing the Lqf and Ox capacity by 10% each.

See the ReadMe.md for the new specs!

GitHub is currently out of date, please download from SpaceDock as a primary!

After reading a passionate response to the stats of the LV-N and other engines and their lack of realism, I figured I could do something about it!

buffed the generator I added to 0.42 units of EC per second and,

I've also, hopefully, fixed an issue with the Snacks! generator not showing up.

This is VERY IMPORTANT, do not rename the mod folder under ANY CIRCUMSTANCES. It will compromise the data structure of the mod.

Note: I uploaded the wrong file the first time around.

Special Thanks to ColdJ for the Model of the Snack Generator and other related files!