Ad Astra is a mod of another mod, JNSQ. In essence, it combines much of the visuals of Astronomer's Visual Pack by themaster401 with the planets and moons of JNSQ by Galileo and friends. But it goes much farther than that by not only integrating some of the original visions of JNSQ but by also expanding on those found in AVP. The end result is a very high fidelity visual pack....duh.
Download (44.18 MiB) 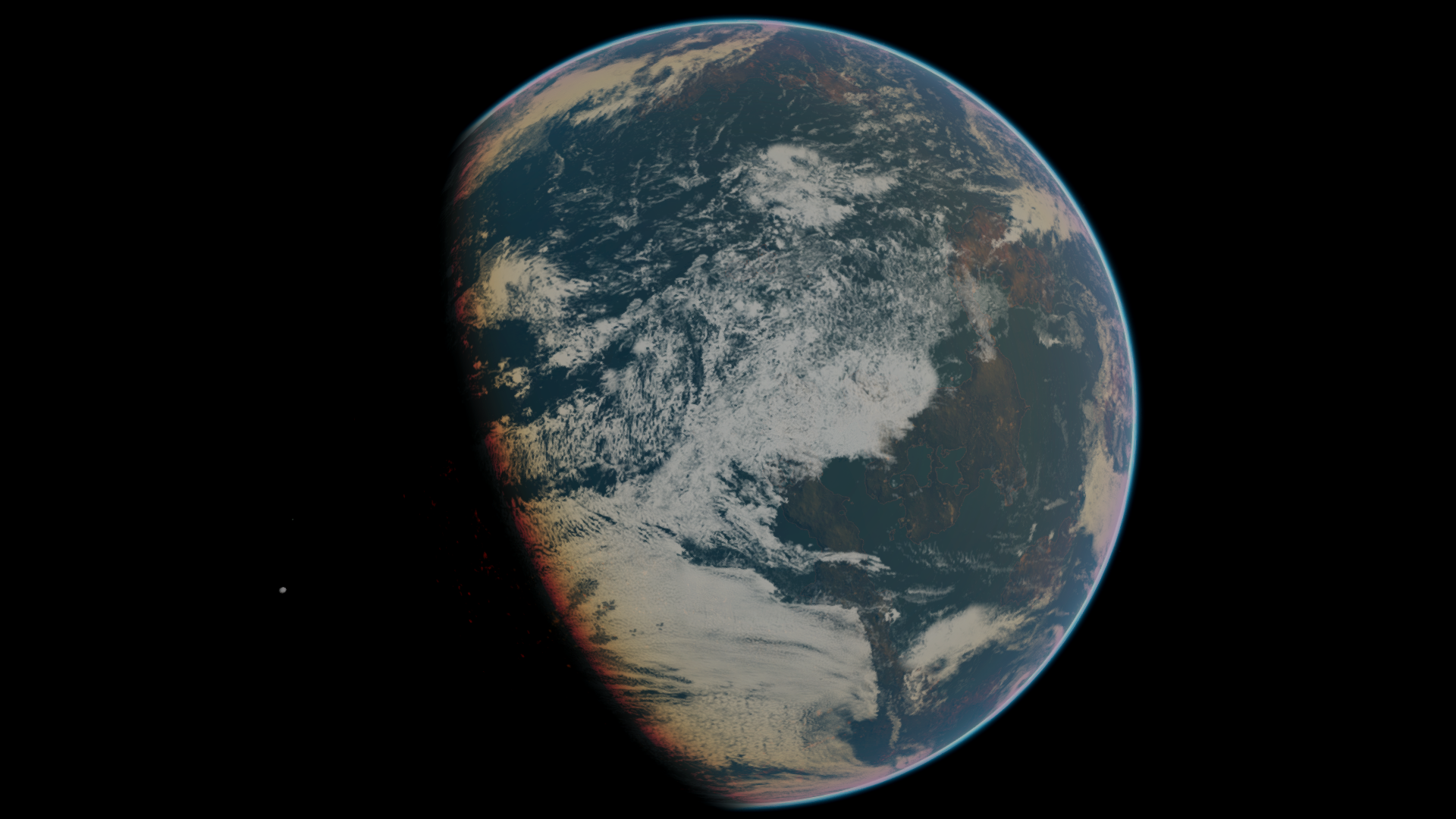 City Light Overhaul - For realsies this time. Brand new textures for city lights, and it has been fine-tuned, so you should be able to see it pretty far out now. (Known Issue: It can be buggy, appears to be an EVE issue. If your City Lights disappear, you can fix it by opening the EVE GUI (L-Alt + 0), navigating to the CityLights tab, and hitting apply. The same can be done if they just look off color compared to my screenshots) Kerbin Adjustments - Made some minute adjustments to its atmosphere. Will be slightly different, and yes the purplish hue is intentional.  Jool Overhaul - Redid Jool again to better match up with its blueberry cousin Lindor.  Laythe Overhaul - Gave Laythe a makeover. As a cold world that inexplicably maintains a liquid ocean, it is extraordinarily foggy, though not quite as much as Huygen.  Huygen adjustments. No bug could be found as reported by @Chronin, but the time spent there did result in some adjustments to the moon. The volumetrics should be a lot less immersion breaking towards the cloud tops, and its atmosphere was adjusted as well.

Lots of changes in this one. As always, recommend a fresh install to insure a smooth update, particularly given how big this one is.

~From the Ground Up: Adjusted nearly all bodies to be more aesthetically pleasing and consistent on the ground and in flight on up to orbit. Should prove to be much more tighter than it was originally.

~Lindor and Huygen Overhauls: The orange and blue marbles got pretty substantial updates. You'll find that Huygen now has volumetrics extending the entire length of its cloud layer (over 12km high!). And on Lindor you'll find a much more lively, much more realistic Not-Neptune/Saturn waiting for you, with a redo on the ring textures and a large darkspot that will appear and reappear at will. Watch out for the lightning!

~Laythe Overhaul: Texture was slightly modified, and the entire moon was adjusted to be a bit less...weird. It now has a subtle blue-green twinge to it and it is a bit more obvious whats going on with the moon.

~And more I probably just don't remember at this point. All the dusty moons had their volumetrics updated to be a bit more realistic and playable. Only a few select moons now have dust visible from orbit due to what they are.

~Lindor and Kerbin look weird in map view. I have zero clue why they aren't consistent between map/tracking center views and flight views. But they look as intended in-flight so thats what counts for now.

~Nara and its moons are relatively untouched at this time. There's still specific things I want to do with these bodies at some point so until I'm ready to tackle that they'll be in limbo.