Note: This is the Windows version of the mod, click here for the Linux version.

AFBW is an input overhaul mod. It dramatically enhances the stock input system with a bunch of fixes and many new features. 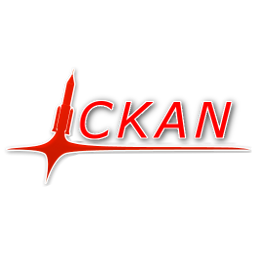 v1.5 - Re-implemented SAS override (by ddaf) - Fixed the disappearing SDL controller config (by DeamonSix) - Fixed a bug where SDL would identify the "centered" position as a button (by badpandabear) - A big thank you to all contributors and thanks to all users for waiting so long for this update \o/

v1.4.6 - This patch brought to you by ddaf - Fixed SAS being enabled when it shouldn't - The above change also fixed EVA movement related bugs - DirectX11- support has temporarily been disabled until the lag issues are solved

v1.4 - Support for KSP 0.90 - Invert option is now per binding instead of per axis (thanks to ddaf!) - New feature 'IVA Look Window' (again, thanks to ddaf) - Fixed a rare NRE in the GUI - KSP-AVC support for the Linux release - Due to the config file changes, you will have to re- create your configuration

Everything in this update was generously contributed by ddaf (https://github.com/ddaf) I am very impressed by the work you did on this, thank you so much!

v1.1 - Fixed issue with FAR where FAR's dynamic control adjustment would get overridden - Fixed trim issues - Added wheel throttle and wheel steer - Fixed a bug where throttle wouldn't go below 50% - Support for controller hats both as axes and buttons (new "Treat hats as buttons" config option) - Fixed SDL plug and play - Fixed a preset editor bug where if time is slowed down (e.g. by using the TimeScale mod), it was not possible to change bindings - General optimization - Breaks the configuration XML, you will need to recreate your presets.